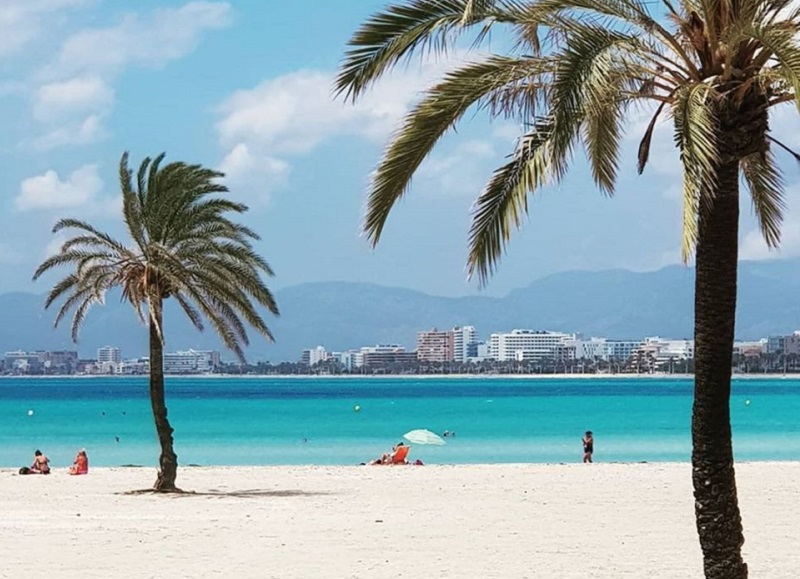 THE Balearic Islands find themselves in troubled waters, as both of its two largest tourist markets (Britain and Germany) have recommended against non-essential travel to the Island. Therefore, Spain’s Mallorca has slashed its prices in half in a bid to attract Brits back to the Island.
Discounts on hotel stays and tourist activities have been reduced to a staggering 50 per cent, an attractive price point for any tourist, however, will it be enough to get the Brits back to Mallorca? On July 27, the United Kingdom established a decree outlining that any travellers returning from either the Balearic Islands or the Canary Islands must undergo a 14-day quarantine back home. A day earlier, the same measure was adopted for peninsular Spain.
According to The Sun, hotels in both Palmanova and Magaluf, two of the most popular areas amongst tourists, have launched an “aggressive marketing campaign” to try and stifle the prospect of early closure. They are trying to extend whatever is left of the season which has been dire in comparison to previous years. Whereas smaller hotels have given up and shut their doors, the larger companies such as Melia and Iberostar are offering substantial discounts. The former has slashed its prices in half for stays at the Sol Barbados or Melia Calvia Beach, whilst the latter now offers half-board stays for less than €40 a night.
Before Johnson enacted the 14-day quarantine, around 33 of the 88 hotels in the Palmanova and Magaluf regions had planned to open their doors in August. However, Mauricio Caraballeda, the president of the Hotel Association of the area has affirmed that “two of these hotels will close and three others say they will not open” bringing down the total number of open hotels to 28.