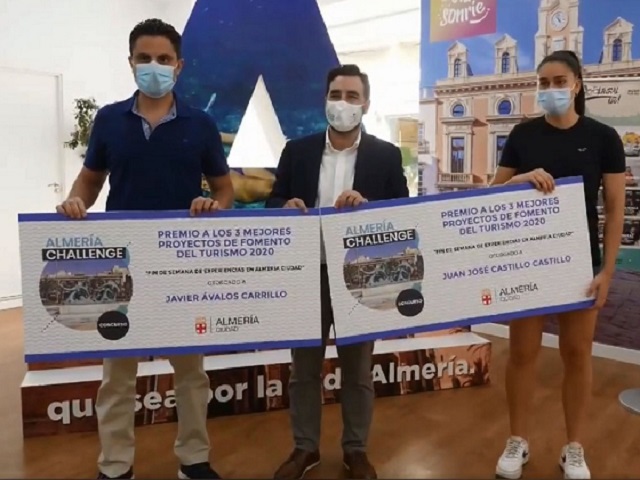 AN interactive greenhouse, DJ sessions to highlight the city’s heritage and videos shot with drones: all prize-winning ideas in a council challenge to residents to come up with initiatives for reactivating the provincial capital’s tourism sector.
The City Promotion department launched the competition at the beginning of July. Members of the public aged 14 and over had until the end of the month to put forward proposals for improving and strengthening tourism in Almeria.
“We want to listen to every citizen’s idea, that they explain it to us, and which we will study with interest, and if they are viable, incorporate them into our promotion plan”, explained City Promotion councillor Carlos Sanchez at the launch.
The council has now revealed which concepts it likes best.
“We value these three ideas which bring together tourism with the province’s main productive sector, agriculture, culture through music, and technology”, Sanchez told the prize-winners.
Juanjo Castillo’s interactive greenhouse would give visitors the opportunity to discover more about this sector of the provincial economy and to try the produce.
Oscar Gil’s “Almería XXI. 120 BPM” suggestion would see DJs performing at the city’s historic sites, blending history and heritage with contemporary sounds and creating what the council described as an “urban and cosmopolitan atmosphere” likely to appeal to a young market.
The sessions would be filmed and broadcast on social media.
The third winner is Javier Avalos Carrillo with his proposal of making tourist videos of the province’s most emblematic landscapes to be shared on social media and reach an international audience.
The three winners can now look forward to a weekend of “experiences” in the city, including accommodation, meals, spa, museum visits, active tourism and golf as a reward for their entries, and the possibility of seeing their ideas become a reality.