Don't miss out on a visit to El Majuelo park 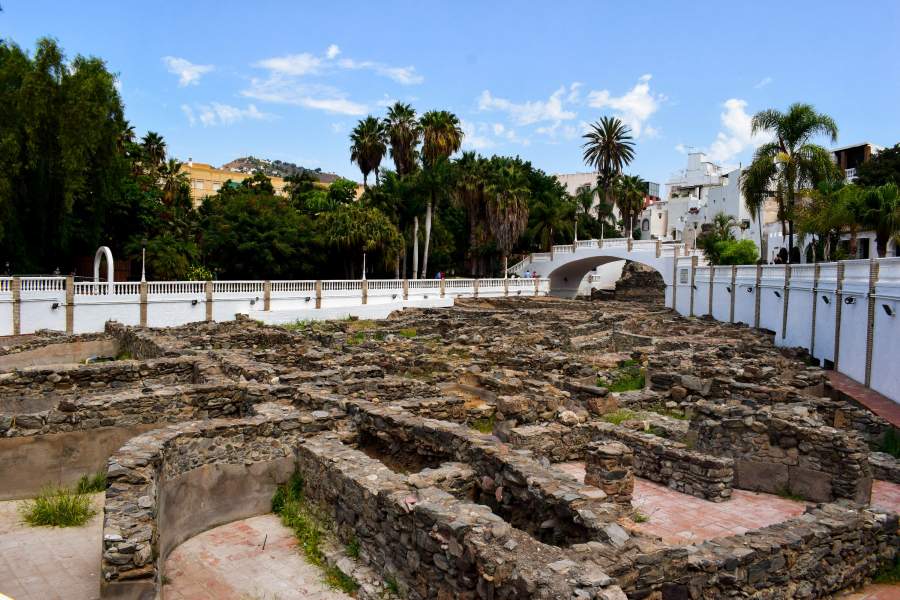 ANYONE who visits Almuñecar would be crazy to miss out on a visit to El Majuelo park due to its location and content as a public space of interest.
Located at the foot of the Castillo de San Miguel, in the heart of the town of Almuñecar, it is a botanical and archaeological park, in which visitors can view a large Roman site and visit areas showing the different architectural styles of the eight Andalucian provinces.
Thanks to the exceptional climate, the park has a subtropical zone, which is perfect for the tropical flora of the most exotic plants from different continents that it homes. It is because of this, and because of the need to create a green area within the park, that it was decided to plant different botanical species, creating a route that allows visitors to ‘travel’ and enjoy the pleasures of nature from the different subtropical countries of the world.
More than 180 plant species are on display, among which plants from areas such as Central and South America, Africa, the Philippines, Madagascar, China, India, Arabia, Japan, the Islands of Malaysia, Indonesia, New Guinea, Australia, New Zealand, Polynesia, Micronesia.
Visitors can also see the remains of a possible temple that would be dedicated to the goddess Minerva.
For years, the park ‘El Majuelo,’ is not only a place of passage, the Department of Culture and Festivities of Almuñecar continuously hosts a wide and varied programme of activities during the summer season, highlighting the well-known festival ‘Jazz on the Costa de Almuñecar.’ In honour of this festival, the park has its own ‘Boulevard del Jazz,’ where great stars of this musical style have left their signature over the years.
These include: Eliane Elias, Charles Loyd, Chucho Valdés, Kenny Barron, Entico Rava or Jorge Pardo, among others, Javier Colina being the last to join this line of great artists.
There is also a space dedicated to ‘Flamenco’ with prominent names in this art. Its open-air auditorium, named after the composer, Timoteo Urrengoechea, is home to numerous concerts and shows, endless activities that make Almuñecar, not only a destination for sun and beach but also a place where culture has an outstanding offer for residents and visitors.
The park entrances, located on Avenida de Europa and Calle Geranios, are open every day of the week from 8am to 10pm.