Hotel occupancy in Valencia Community down 70% in July 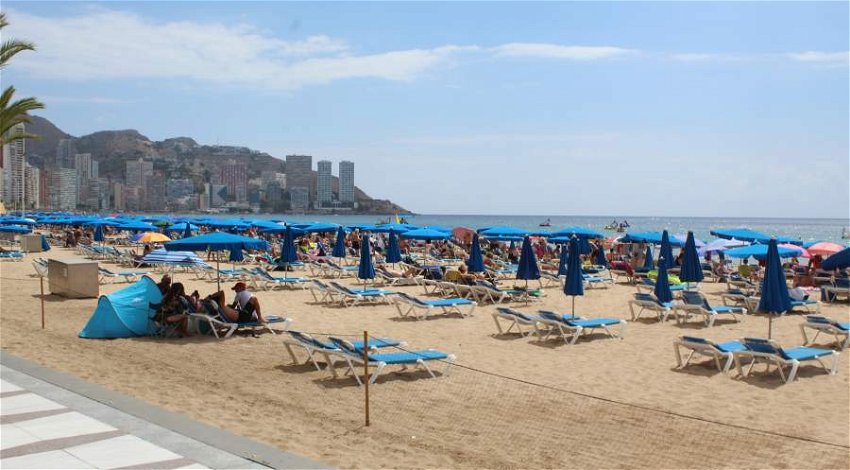 IMPACT OF COVID: Benidorm has been the hardest hit within Valencia Community in terms of hotel occupancy in July. CREDIT: EWN

HOTEL occupancy in Valencia Community fell 70 per cent in July compared to the same month last year.
And the Covid-19 pandemic has led to the average income per room slump 60 per cent, while the number of overnight stays dropped from three million to just 1,129,971 compared to 2019.
According to the data, released by the hotel association, Hosbec, Benidorm was the hardest hit in the community, with 85 per cent less occupancy, recording just 192,061 overnight stays during the high season.
As well as a sharp fall in occupancy and income, the Benidorm-based association recorded a 50 per cent reduction across the community in the number of employees who have returned to work within the hotel sector.
In Benidorm, 2,003 people were employed in hotels in the resort in July, representing a 69 per cent drop on the same period last year.
Valencia Province has seen a 61 per cent drop in overnight stays, with 43 per cent less workforce, and in Gandia the figures for July are 62.7 and 46.8 respectively.
On Sunday, August 23, Benidorm associations representing the the business and tourist industry held a peaceful protest in the resort, attended by more than 1,000 people, in response to recent restrictions announced by the Spanish government on August 14.
Nightclubs, discotheques and similar venues have been ordered to close for the foreseeable future, while bars and restaurants must close at 1am, with no new patrons after midnight.
Spanish Health Minister, Salvador Illa also announced a blanket ban on smoking in public if a two-metre distance between smokers and others cannot be maintained.
One of the organisers, independent shopkeepers’ association, AICO, said the demonstration was prompted by the government’s continual absurdities and lack of organisation or planning during the health crisis.”
They added that past and present policies are penalising businesses while burdening them with debts.
It is also feared all of these measures will put off visitors to the region.
They and other associations have joined forces to call for a meeting “as a matter of urgency” with PM Pedro Sanchez and the president of the Valencian Community, Ximo Puig.
They want to see a manifesto agreed by all entities, relating to “social, labour and economic matters,” implemented immediately, “in order to ensure the survival in the short and medium term of the business fabric of all sectors.”