On yer bike! Cyclists in Valencia "most satisfied" with facilities according to nationwide survey 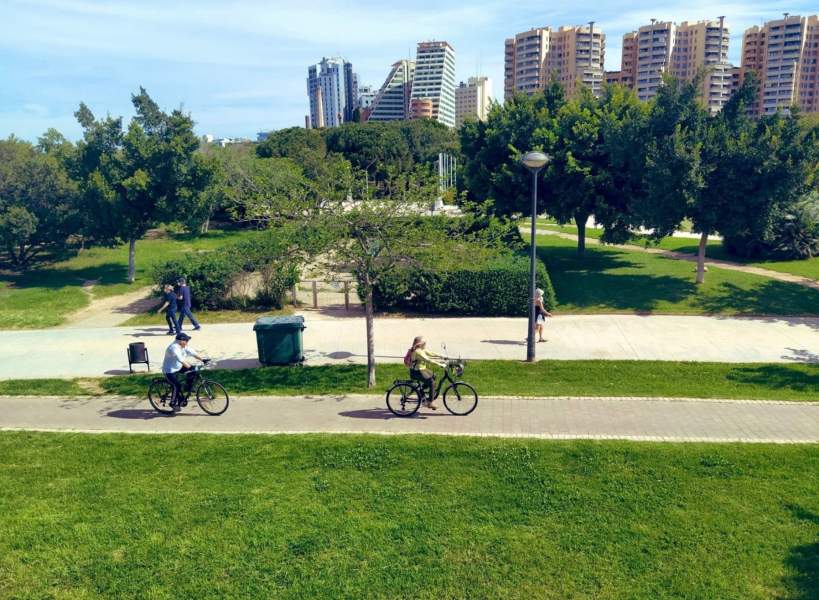 CYCLISTS in Valencia are the “most satisfied with the conditions” provided in their city according to a survey carried out in 10 Spanish provincial capitals.
THE Organisation of Consumers and Users (OCU) surveyed more almost 4,400 people in Valencia, Murcia, Madrid, Barcelona, Seville, Zaragoza, Malaga, Palma, Las Palmas and Bilbao.
And while Valencia came out top as the most content capital, Madrileños were the “least happy, as they lack adequate routes”.
“The bicycle is a cheap, sustainable means of transport that reduces the risk of contagion by coronavirus. The municipalities should take advantage of this moment to promote the use of the urban bike, but progress is not made in all cities,” said OCU in a statement.
However it would appear that Valencia City Council has got something right.
The city scored 71 out of 100 in a series of questions, with 30 per cent of the Valencians surveyed using their bike at least once a week (the highest percentage together with Seville) and of those, eight per cent choose the bike as a means of transport almost every day.
According to the OCU data, Valencia has a ratio of 35 bikes per 10,000 inhabitants – five times more than Madrid.
In addition to the “extensive” cycling network, Valencians rated positively the public rental system and the specific parking areas available.
When it came to improvements which could be made, they suggested improving the intermodality of the bike with public transport and highlighting a “certain conflict” between users of scooters and cyclists.
The OCU, which promotes the use of the bicycle with its ‘Go green’ campaign, claims that 22 per cent of those who do not travel by bike in any city would do so if there were sufficient infrastructure, including safe parking.
This backed up by the fact 29 per cent of those questioned have had a bicycle stolen in the last five years.
Some 64 per cent of participants agree with a statement in the survey that their city council should install more cycle paths.