One dead and nine injured in house blaze in Valencia 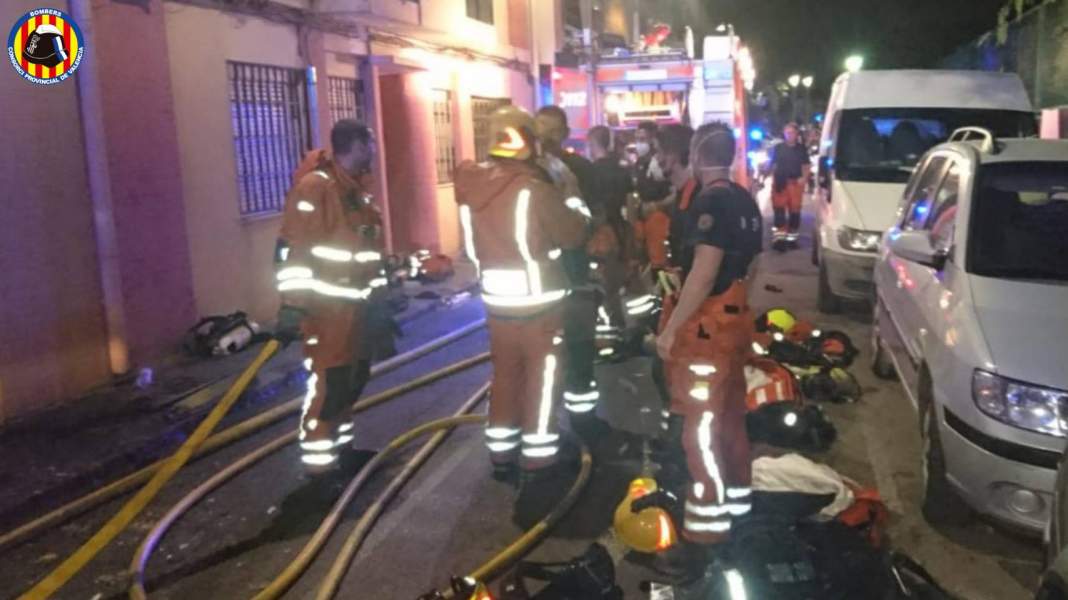 A woman has died and nine other people injured in a house blaze in Valencia during the early hours of this morning.
TWO of those injured suffered “very serious burns” in the fire of at the three-storey property in the town of Xirivella which started in the first floor at around 3.30am this morning (Wednesday, August 26).
All victims – four women and six men aged between 21 and 68 – were “poisoned by smoke inhalation,” according to Bombers Consorci VLC.
And three of those hurt have been hospitalised in a “serious condition.”
Two Local Xirivella Police officers rescued a 21-year-old Venezuelan man who suffered burns and was poisoned by smoke when he went down the stairs to flee the fire.
They discovered the victim amidst thick black smoke on the first floor.


Three fire crews and several Local and National Police patrols were at the scene, together with SAMU units who transferred the two most seriously injured – a woman, 35 and a 26-year-old man to La Fe Hospital in Valencia.
Meanwhile, a 21-year-old with burns to his legs and a 43-year-old woman who suffered smoke poisoning were taken to the same medical facility, a man, 68 was transferred to the Maines Hospital and four other victims were taken to the General Hospital of Valencia.
It’s still now known what caused the fire, which affected neighbouring properties, although first signs indicate point to an overloaded plug socket, according to Efe.
The blaze was under control by 4.30am, and extinguished by 6am.
Until the condition of the structure of the building has been assessed, the evicted neighbours will not be able to return to their homes.