Fine for lighting up in the street 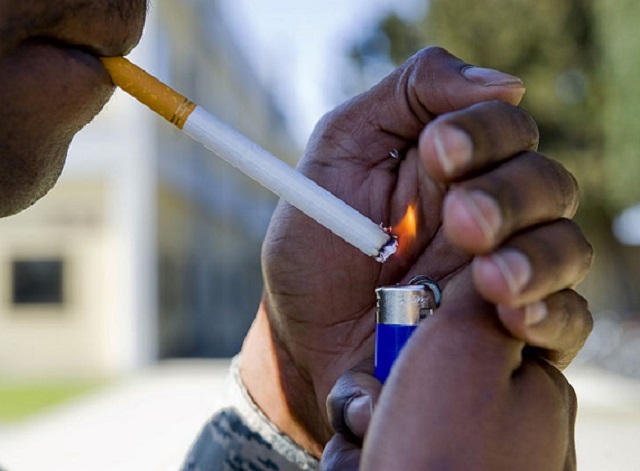 LIGHTING up on a Balearic Island street means risking a minimum fine of €100 under tighter restrictions aimed at containing a surge in new Covid-19 cases on the island in recent weeks.
Smoking anywhere outside the home, even at a safe distance from others, is now classified as a minor offence.
This means possible fines go all the way up to €3,000, as with the sanction regime for restrictions implemented previously, explained Balearic government spokeswoman Pilar Costa following a meeting with the regional cabinet on Friday.
Other offences in this category include failing to wear a face mask and social gatherings of more than 10 people.
The government spokeswoman made it clear that these kinds of violations of the new rules will be considered on a case-by-case basis, taking into account factors like whether an individual is a reoffender or fails to do what police officers tell them.
For serious offences the fines go from €3,000 to €6,000, while for very serious offences the fines can as much as a whopping €600,000.
Costa also announced certain clarifications and tweaks to these latest measures which the regional administration announced two days earlier.
In relation to the obligation to wear a face mask in the workplace, this does not apply to people who work in open spaces.
Where the reduction to 50 per cent for bar and restaurant maximum numbers for both indoor and outdoor dining areas is concerned, for establishments where maximum capacity is less than 50 people the limit on capacity remains at 75 per cent.
The new rules on maximum capacity do not come into force until Monday, while the ban on smoking and get-togethers of more than 10 came into effect on Friday.
Costa stressed the Balearic government had decided to tighten up restrictions “out of necessity”, with the aim of finding a “balance” between public health and economic and social activity.
“We have several complicated months ahead of us, hence it is essential the public take maximum precautions”, she said.
The measures will remain in place for at least 15 days.