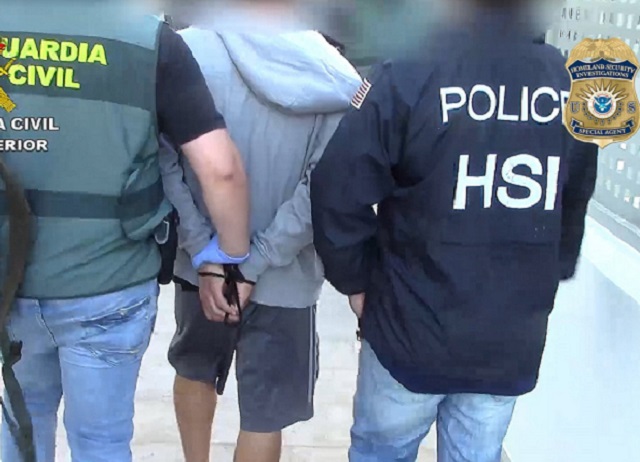 GUARDIA CIVIL have broken up an international drug trafficking organisation headed by a DJ based in Ibiza.
Operation ‘Pertinax’ resulted in 21 arrests in Ibiza and in Barcelona and Girona in Catalonia.
Raids on eight homes and businesses netted eight kilos of the synthetic drugs ecstasy and ketamine, 38 kilos of dried marihuana buds ready for sale and 4,500 plants located in three indoor and one outdoor plantation.


Officers also seized electronic devices, documentation, €45,000 in cash and a vehicle with a hidden space which was used for transporting drugs between Ibiza and the Spanish mainland.
In addition they seized a shotgun with which one of the gang faced up to the Guardia in a raid, believing they were members of a rival set-up trying to steal their drugs.
He changed his attitude when he realised who the officers were.
The Guardia first launched investigations into the organisation back in October 2018 after detecting there were a group of people living in the Balearic Islands who were selling ketamine and MDMA. The investigation revealed that a good part of the drugs were sent from the Balearics and different points of Spain to the US, principally to Miami in Florida, hidden in the luggage of so-called ‘mules’.
A joint work team was set up with American Homeland Security Investigations, leading to three arrests in Miami and the seizure of 15 kilos of MDMA tablets and 14 kilos of liquid ketamine.
At the same time one individual was detained in Barcelona with 18 kilos of MDMA tablets and another in Mallorca capital Palma, who had come from Ibiza with 14 and a half kilos of MDMA pills, and who also acted as a mule for the organisation.
Where the gang leader was concerned, the Guardia said he made the most of the contacts from his job as a DJ.
The Guardia also reported that due to the current Covid-19 health crisis, the drugs were mainly being supplied to private parties on Ibiza.
The investigators believe that over the course of at least three years the organisation distributed and exported some two million tablets of drugs.