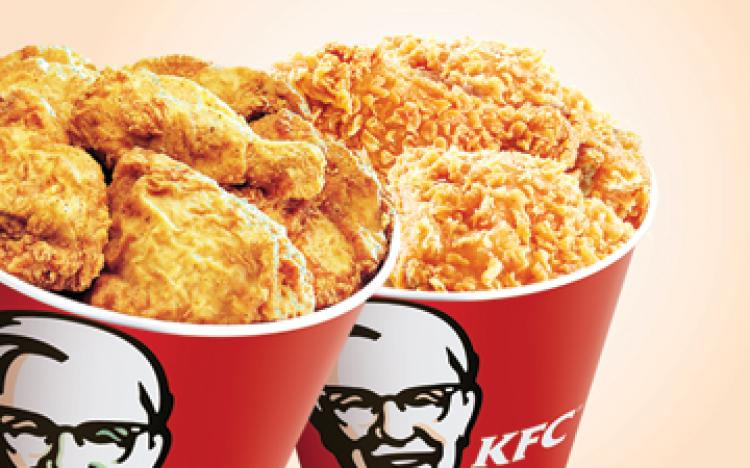 A KFC advert has been banned from the UK by an advertising watchdog. Credit: KFC.

There is no doubt that the coronavirus pandemic has seen a number of interesting and unique changes to daily life for the general public as well as new and established businesses alike.

Now KFC is coming under fire for the move, which has seen the slogan blurred out in North America, Asia, the Middle East, North Africa and parts of Europe, which has been branded by members of the online community as ludicrous.

In March 2020 the UK’s Advertising Standards Authority received 150 individual complaints after an advert showing KFC customers licking their own, and each others, hands was launched.

The complainants were concerned with the fact that the advert went against current health official guidelines which urges people to wash their hands, wear masks and maintain a distance from each other.

In a statement released on Monday, Catherine Tan-Gillespie, the global chief marketing officer for KFC, also defended the decision stating, “We find ourselves in a unique situation—having an iconic slogan that doesn’t quite fit in the current environment,”

However, the online community disagree due to the nature of KFC product and the fact that it is highly unlikely that consumer would move to eat the fried chicken with cutlery.

Some of the online comments about “Finger Lickin’ Good” included:

“So licking your own fingers after eating the chicken you’ve just had your hands all over isn’t safe?” queried one commenter.

“Wash the covid off your hands before eating chicken and licking your fingers,” sarcastically queried another.

This will be the first time in 64 years that the fast-food giant has suspended it’s famous “It’s Finger Lickin’ Good” campaign.

So what do you think, is KFC no longer “Finger Lickin’ Good”?