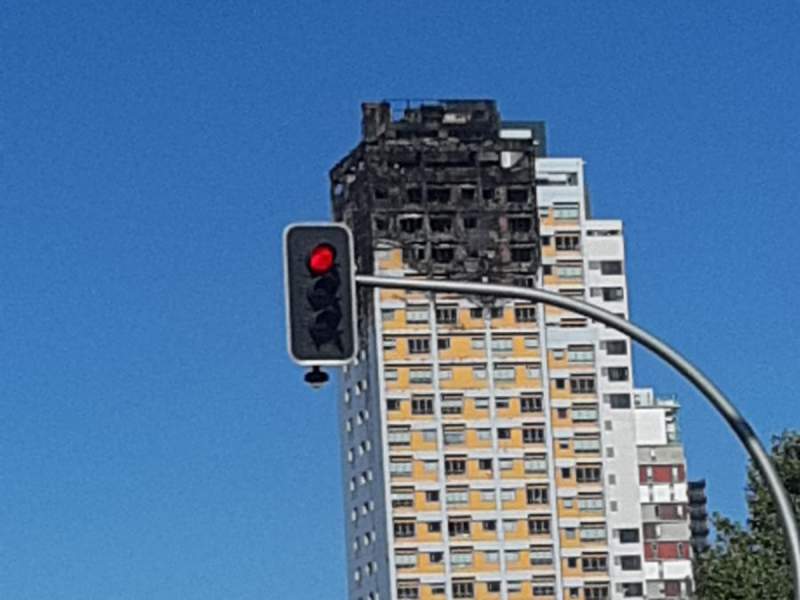 FIRE service in Madrid have managed to contain a blaze that broke out this morning a top a high rise in the capital.

The fire engulfed the top of a large building in the neighbourhood of Hortaleza.

The newly built tower situated on Dulce Chacon Street in Madrid is one of six new builds in the area. The plumes of smoke from the first that engulfed the upper quarter of the building have been reported to been seen from miles away.

The fire service was informed of the blaze at 6.45am with more than twenty fire crews rushing to contain the blaze. The blaze has devastated the entire top three floors of the building including the roof however there are no casualties.

The newly built structure had uncompromised compartmentalisation and therefore the spread of fire was much easier to contain. First it was suffocated from the inside and then extinguished from the outside.

The use of aerial firefighting methods meant that the fire service was quick to get the blaze under control and prevent it from developing into a much larger tragedy.

The Director of the Madrid Fire Department, Ricardo Jiménez, has announced that the fire was “very spectacular” because it spread along the façade.

The full extent of the damage is, as yet, unknown but firefighters are now assessing the damage and working with the social security department to tend to the needs of residents and their neighbours.

There is no official confirmation of the start of the blaze however we are receiving unconfirmed reports that the fire was started by a resident cooking on a barbeque on their terrace.

The blaze comes only one day after Laguna Village, in Estepona, was devastates by a fire that left it as no more than an empty shell.