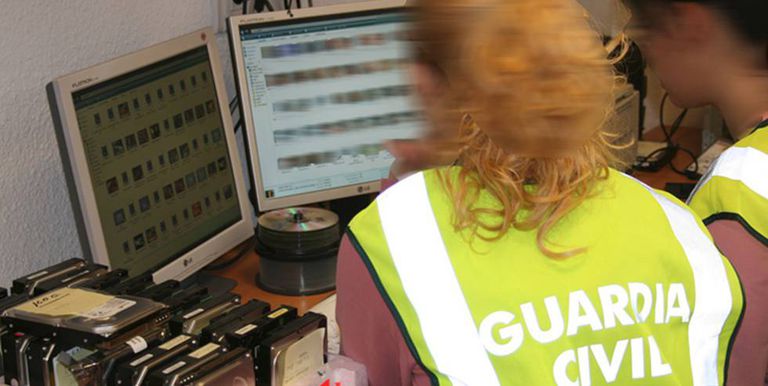 Spanish police are constantly on the lookout for child abuse. image: National Police

A man faces 18 years in prison for abusing his partner’s two granddaughters in Spain’s Palma Mallorca.

The Prosecutor’s Office in Palma has requested a sentence of at least 18 years in prison for the man over the alleged sexual abuse of two minors, the granddaughters of his partner, at a home in Palma, between 2016 and 2019. Prosecutor’s also request that the defendant, aged 52 and of Spanish nationality, compensate the victims with 6,000 euros each in damages.
The defendant was the boyfriend of the girls’ grandmother for 25 years. On numerous occasions, according to the prosecutor’s statement, he was left in charge of the minors due to the chronic depression that his partner suffered from. It was at these times the alledged offences took place, according to the charges bought against him.
The alledged offences
On an unspecified date, when one of the girls was 8 years old, the man subjected her to different sexual behaviors after undressing her or inserting his hand through her panties. The prosecutor indicates that the defendant massaged her buttocks and genital area by inserting his fingers into her *****. In addition, he touched her breasts and hugged her from behind taking advantage of the fact that they slept together and pressed himself against her. These episodes all alledgely occurred during the summer.
On another occasion he took one of the girls her to a beach and, being both completely naked. rubbed himself against her. The poor girl was paralyzed, trapped in a situation of physical and emotional blockage.
He also subjected the other granddaughter of his partner, who was 7 years old at the time, to different sexual behaviors, usually while they were on the sofa at his own house or that of her grandmothers, where when in bed, he would put his hand under her underwear.


Police were informed
The girl, as a result of an episode that had occurred on a trip to Valencia, decided to tell her mother who, together with her husband, filed the corresponding complaint with the National Police. The Family and Women Unit (UFAM) took charge of the investigation , which resulted in the arrest of the man, on July 31 last year, when he had just landed in Mallorca on a flight from Valencia.
The suspect. while under investigation, denied the facts, claiming that he only gave them massages. The statement lasted for hours but the judge eventually agreed to his admission to provisional prison and accused him of two continuous crimes of sexual abuse of a minor under 16 years of age.
As a result of these events, both girls have psychological consequences such as feelings of fear, revenge and guilt and have attended the Therapeutic Unit for Child Sexual Abuse (UTASI). The trial is scheduled to take place soon at the Palma Court.
Regarding child abuse in Spain
Spain’s Deputy Prime Minister Pablo Iglesias of the Podemos party affirmed that “the Rhodes Law” will be one of the government’s new reforms.
Iglesias added: “This law must not only protect boys and girls in our country but also become a global reference for child protection”.