State of Alarm not on the cards for Andalucia, says regional president 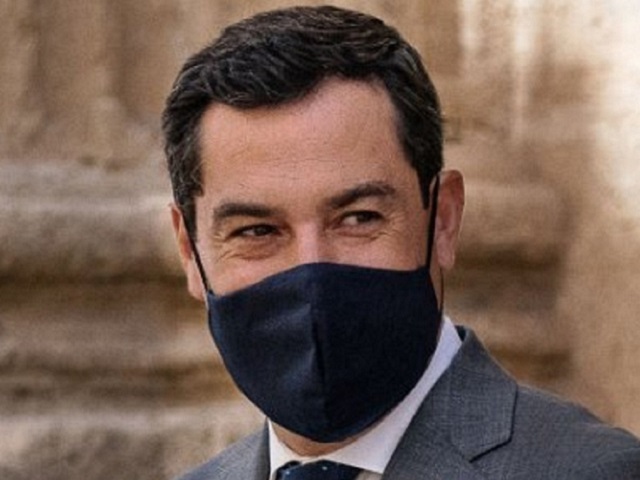 THERE are no plans at this time to declare a State of Alarm in Andalucia despite the important rise in the number of new Covid-19 cases in recent weeks, the regional president said on Monday.
“I am not considering declaring a State of Alarm because the rate of Covid is 90 cases for every 100,000 inhabitants, half the average for Spain, and in ICU we have 7 per cent of the total for Spain while for deaths it is 5 per cent for the whole of Spain,” commented Junta de Andalucia head Juanma Moreno in a Canal Sur radio interview.
He pointed to the fact that Andalucia has been the most visited region in Spain this summer, which has meant more movements and contacts between people, and as a result a greater risk of infections.
Moreno made it clear he does not agree with the national government’s current handling of the health crisis.
While he backed the countrywide State of Alarm during the worst period of the pandemic, he believes Prime Minister Pedro Sanchez’s administration has gone from “absolute control” to “abandonment of its duties.”
“We have had to push for health and education coordination meetings and the Conference of Presidents,” he claimed.
The Junta president also touched on concerns about possible “legal insecurity” issues if he were to put part of Andalucia into lockdown, pointing to Aragon as an example.
“It is not reasonable that I have to go to the Congress of Deputies to defend it and lose a week in the procedures,” he told the interviewer, adding, “the State has a role of coordination, planning and leadership, and setting out a common strategy against Covid.”
When asked about the imminent return to the classrooms Moreno admitted it is one of the issues which most keeps him awake at night.
“I can’t rest because we are besieged by a virus which is not under control. There is no human space where there are not infections,” he remarked.
He made it clear decisions on going back to school are based on health experts’ reports, and pointed out that many working parents are keen to get their children back into face-to-face education.
He underlined the “great work” being done by school heads and teachers and financial investment to ensure schools are as safe as possible when the new terms starts.