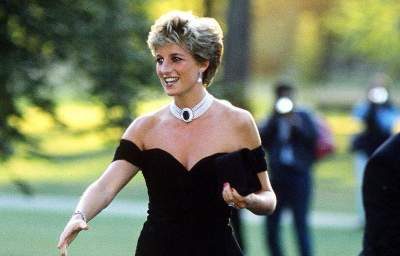 TODAY, August 31, marks the 23rd anniversary of the tragic and untimely death of Diana, Princess of Wales in Paris.

Princess Diana died at the age of 36, when the car she was travelling in crashed in a Paris tunnel in the early hours of 31 August 1997, Diana, Princess of Wales, died in hospital after being injured, her partner, Dodi Fayed, and the driver of the Mercedes-Benz, Henri Paul, were pronounced dead at the scene.

It has been a long time coming and well overdue, but a statue to commemorate the life of the Princess of Wales will be unveiled at Kensington Palace next year, timed to celebrate what would have been her 60th birthday.

The statue, commissioned by Prince William and Prince Harry will be unveiled on July 1 2021, to mark the milestone birthday. It has been created by artist Ian Rank-Broadley, whose portrait of the Queen appears on all UK coins.

The statue was originally commissioned three years ago to mark the twentieth anniversary of Diana’s death “and recognise her positive impact in the UK and around the world.”

Final sign off and installation has been delayed because of the COVID-19 pandemic.

Diana’s extensive charity work included campaigning for animal protection and fighting against the use of landmines. She was the patroness of charities and organisations who worked with the homeless, youth, drug addicts, and the elderly.  In April 1987, Princess Diana opened the UK’s first purpose-built HIV/Aids unit that exclusively cared for patients infected with the virus, at London Middlesex Hospital.

In front of the world’s media, Princess Diana shook the hand of a man suffering with the illness, without gloves. She publicly challenged the notion that HIV/Aids was passed from person to person by touch.

She showed in a single gesture that the condition needed compassion and understanding, not fear and ignorance.

From 1989, she was president of Great Ormond Street Hospital for Children. She inspired so many to make positive changes.

The statue will be erected in The Sunken Garden, at Kensington Palace, next year, a place Diana loved to spend time with her children, Diana was fond of, not only the gardens, but also the staff who maintained it.

According to Diana’s former protection officer Ken Wharfe the royal brothers, would have never fallen out so badly if Diana was still alive.

“She had tremendous influence over them both and I simply don’t think they would have fallen out like this had Diana been around because she wouldn’t have allowed it to escalate,” he said.

While there have been tensions between Harry and William in recent months, the brothers have always agreed that there should be a permanent memorial to their mother. It is hoped that this will bring them both back together and heal the rift.