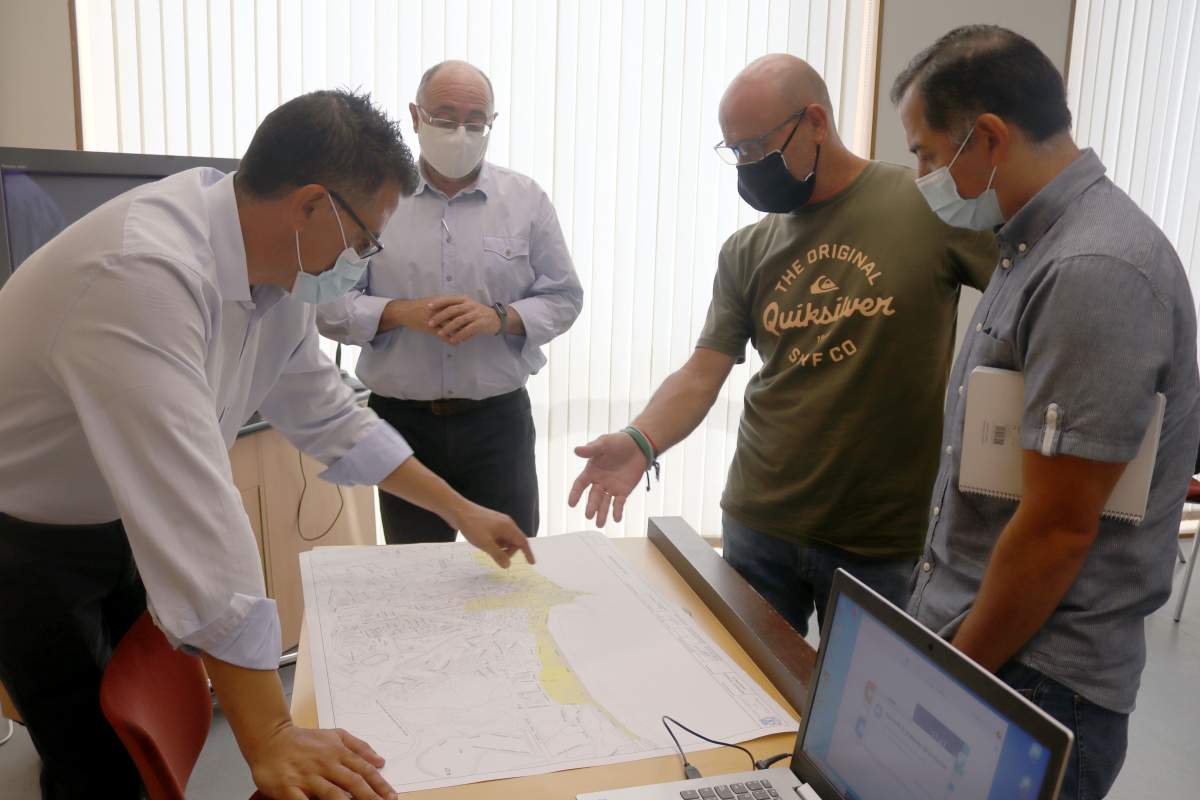 PLANS: The ambitious project is aimed at reducing traffic in the centre of the town. CREDIT: Ayuntamiento de Benidorm

Benidorm is creating a Low Emission Zone and reducing speed limits in and around the centre to reduce the intensity of traffic and air pollution.
THE zone “promotes sustainable mobility, cover 63 hectares and will have a speed limit of 20 kmph”.
Traffic restrictions, which will not affect residents living in the area, assured the town council, and will take full effect in mid-January.
Councillor, Jose Ramon Gonzalez de Zarate, said: “The Low Emissions Zone is delimited by the Europa Avenue in its confluence with Lepanto, extending from the first line of the East towards the Centre and the Old Town, from there reaching the maritime strip of the West to the crossing of the Spanish Navy with Vicente Llorca Alós.
“In the central area, this Low Emission Zone includes the area between Ruzafa, Venus, Almendros and Marqués de Comillas streets. In addition, vehicle access is restricted to two emblematic points of the city: the Cruz de Serra Gelada and the Ermita y Tossal de La Cala.”


He went on to say: “We consolidated the areas that were already operating with restricted access and extended this measure to other points of the town that, in recent years, have experienced a progressive process of pedestrianisation.”
The councillor stressed that in this zone “the priority is pedestrian” and “the bicycle will have preference over the vehicle,” hence the speed limit of 20 km per hour, which in some points will be 10 kmph.
In addition to residents living on the streets affected, there will be other exceptions, including users with garages, urgent services, private technical services and companies that carry out their activity in this area for loading and unloading, self-supply of stores, taxis etc.
“Also included is access to people with functional diversity and to pharmacies, public parking and the Tomás Ortuño health centre,” said Gonzalez de Zarate.
The public will have been now and January 20, 2021, the public will have a period of ‘familiarisation’ during which time cameras and access controls will be installed.
“We want people to access the centre of Benidorm, but in an orderly and controlled way,” stressed the councillor, and said the creation of the Low Emission Zone is “in line with the strategies and measures for sustainable mobility promoted by most major cities at national and European level”.
To find out more, visit: https://benidorm.org/es/ayuntamiento/concejalias/movilidad-y-trafico