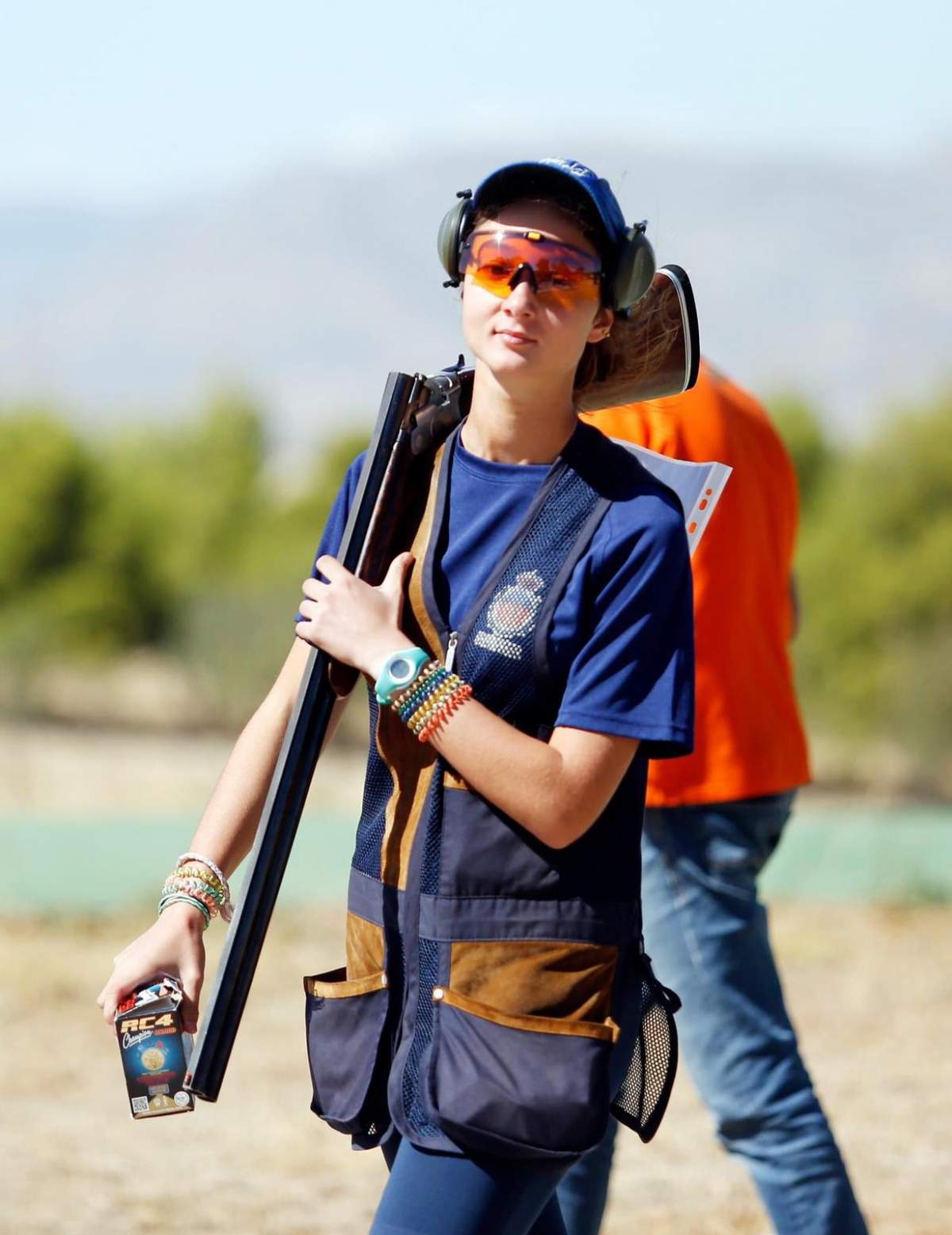 ALFAZ DEL PI’S sharp shooter, Paula Morcillo Sempere, took title of Spanish Youth Olympic Shooting Champion (Dish Section) in Granada at the weekend.
PAULA reached the final with 109 out of 125 targets, a result which means she can sign up with the Spanish Olympic Shooting Team and start her preparation to compete in international tournaments.
The tournament brought together almost 50 athletes between the ages of 14 and 26 – the best in Spain, who competed in two age-related categories.


Paula, 16, made an extraordinary championship, winning in her category and qualifying for the grand final together with five other shooters.
The teenager came in fourth in the overall ranking, ahead of much more experienced and older athletes.
Alfaz’s Councillor for Sports, Oscar Perez, congratulated Paula “for her talent, her effort and her tenacity”.
“A brilliant young woman to whom we predict a promising future in the world of Olympic shooting,” he added.
Paula Morcillo started in the world of Olympic shooting at the age of 15. It was in July 2019 that she enrolled in the Club de Tiro al Plato de Alfaz del Pi and began training.
In her first competition, Paula was proclaimed runner-up of Spain in the TRAP 5 Olympic Shooting, in junior category, after participating in an official competition held in Cheste.
Thanks to this magnificent result, she managed to sign up for the Valencian Olympic Shooting Team.
In September 2019, she competed in the TRAP5 Olympic Shooting World Championship, which brought together the best shooters in the world in this modality.
Paula performed brilliantly again, finishing in ninth place.
Currently, she leads the regional ranking in the female junior category and is fourth in the national ranking.