Mayor promises that Laguna Village will rise from the ashes 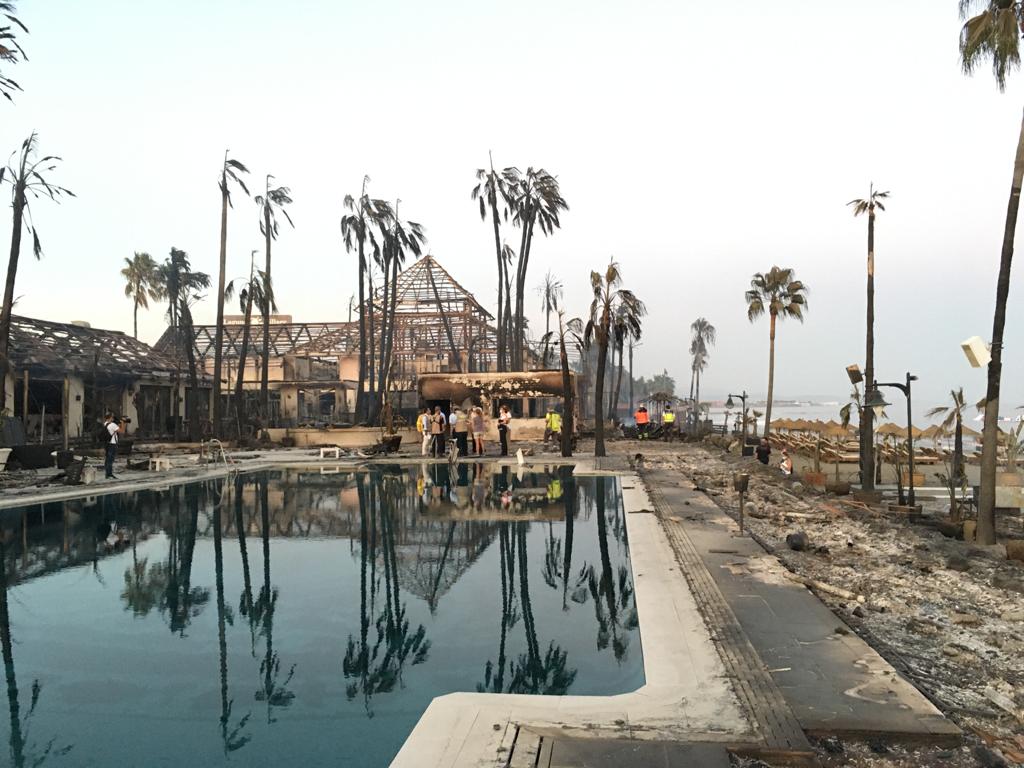 All that is left of the popular shopping centre Credit: Estepona Council

FIRE suddenly struck in the El Padron area of Estepona on the afternoon of Saturday August 29 for the second time in less than a year.

As flames shot across the N340, drivers were horrified to see the popular Laguna Village complex go up in flames which quickly spread along the entire building due to wood supports and a number of high thatched roofs which were dry and literally caught fire in minutes.

Videos quickly appeared on social media, showing what suddenly turned into an inferno and whilst staff at the various restaurants tried to tackle the blaze, it was too intense and the entire area had to be evacuated which meant the large number of guests had to move their cars to avoid them exploding.

There was some panic but generally people were sensible in letting each other move off the complex but there was some delay in emergency services arriving as they had initially set up on the opposite side of the road and were trying to put out fires there as well as protect the vulnerable BP petrol station and evacuate some 30 properties.

In the event, the conflagration was too great to allow them to save the complex although firefighters from Estepona and surrounding towns did manage to contain the fire so that it didn’t spread further, although there was some minor damage to the luxurious Kempinski Hotel next door.

Happily, there were no serious injuries but the entire Laguna Village area remains as a burned-out memorial to what was an iconic and popular part of the Estepona hospitality scene but local residents hope that it will rise from the ashes.

After the initial shock of seeing the destruction of this iconic property which will leave more than 200 out of work, investigators arrested a pair of middle-aged Spaniards who were squatting in a shack nearby who were allegedly illegally tapping into a nearby electricity pylon and it is believed that an electrical fault caused the initial blaze.

Mayor of Estepona, José María García Urbano has met with the owners of what are now the skeletal remains of the centre and has promised to do all that he can to expedite the reconstruction, so that Laguna Village may emerge, Phoenix like, from the flames of devastation.