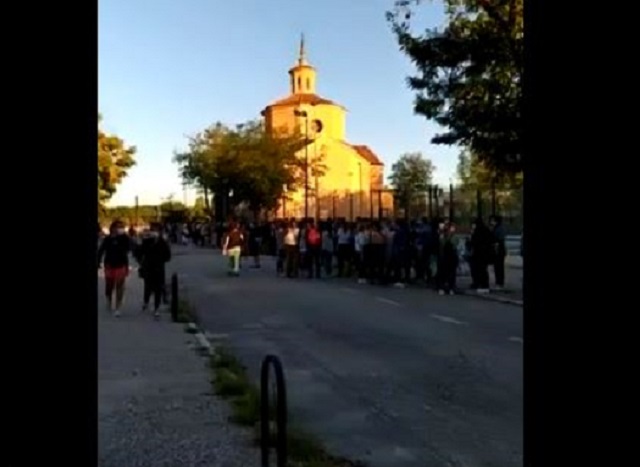 THOUSANDS of Madrid teachers have been forced to join long queues on Wednesday morning to get antibody tests before the start of the new school term prompting criticism of the regional government for a serious lack of planning.

In some areas the lines of teachers and school personnel waiting their turn for the serological test were more than a kilometre and a half long.

A good number of those stranding about in queues complained to Spanish press that the Madrid Education ministry had only given a 24-hour warning about the serological test for teachers and staff at schools in the centre and south of the Spanish capital, and that it had arrived after they had already gone back into the classrooms yesterday.

Some claimed they only received the notification by email last night.

More than one told reporters that in their view the tests should have been carried out earlier and expressed concerns that if a member of staff did have Covid-19 they could already have infected others.

Many of the teachers pointed out that people were having to bunch up and that keeping a safe social distance from others was all but impossible.

“The Madrid Government’s improvisation!”, she tweeted earlier alongside a video of a queue stretching all the way down a road and around a corner.

“No one in the ministry has common sense or responsibility”, Bernando added.

The Community of Madrid is aiming to test some 100,000 teachers and school administration staff. The testing will continue tomorrow, Friday and Monday between 8.30am and 2.30pm.

Anyone testing positive will have to undergo a PCR test next Tuesday.