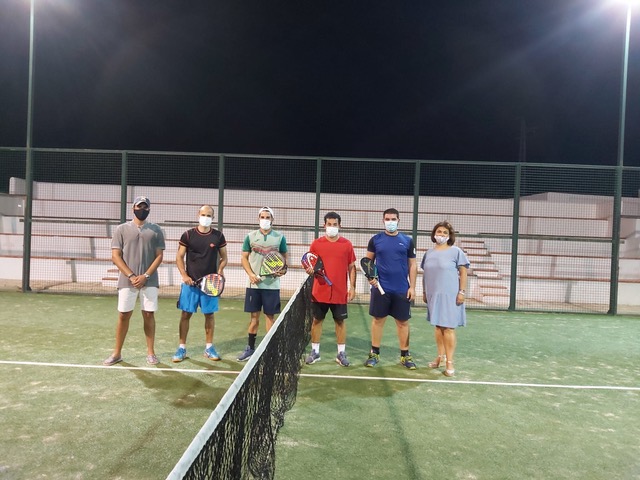 THE competition was pretty intense at the IX Summer Paddle Tennis Tournament in Mojacar.
Staged by the local council’s Sport department at the La Mata municipal courts, the event once again attracted players from other areas, as well as locals.
There were five women’s and 15 men’s pairs and a good turnout from supporters, who encouraged them as they battled their way through the fiercely contested heats.
The atmosphere throughout the day was supercharged, both on court and in the stands.
Naturally social distancing and hygiene guidelines, including the use of face masks, were respected at all time.
Sports councillor Ana Garcia followed the entire competition, encouraging all the participants. Afterwards she presented the prizes to the winners, which this year were cash only to avoid contact with the customary trophies.
Local players did well, taking second place in both the men’s and women’s categories.
The councillor was keen to thank all the athletes for taking part, despite all the necessary inconveniences to both players and the public from following anti-Covid-19 regulations.
She commended them for their exemplary and responsible behaviour throughout the entire competition, encouraging them to continue coming along to the annual tournament.
Year after year, the paddle tournament has proved to be an unmissable date on the local summer sporting calendar, with increasing numbers of participants and standards of play every time.
The councillor also took time to express her appreciation for the efforts of the Municipal Paddle School, which over the years has been training and perfecting the skills of many local players.