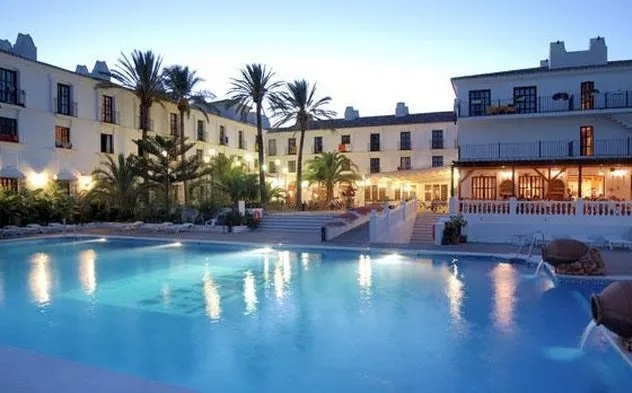 The Hotel Ilunion Mijas- The town hall wants to convert in into a medical evacuation centre. image: Twitter

A team from Mijas Town Hall has put forward a proposal to the Junta de Andalucía to consider the idea of converting a local hotel into a medicalized evacuation centre.

A document outlining the proposal from the Ministry of Health and Families, through the General Directorate of Social and Health Care, indicated that it is working on verifying the suitability of the Hotel Ilunion Mijas so that it becomes an evacuation centre for the province. The objective is to have the appeal mounted before the need exists for several centres in the province for medical centres.

The local Executive has considered the choice of the municipality “unwise” because it considers “that it damages the image of the city, especially taking into account that the town is among the cities with more than 50,000 inhabitants with the lowest incidence in the province and it is also among the municipalities with the least number of beds on the Costa del Sol “.

The City Council of Mijas said in a statement, quote:  “to all this, we must add that the city does not have a hospital in the municipal area and that the road that gives access to these facilities is secondary with difficult connection to the highway.”

The Council also hopes that the Junta de Andalucía, quote: “just as it has considered the municipality to install a medicalized hotel, take it into account when building the necessary hospital in Mijas and its region”, ask the regional Administration “to answer about the suitability of the land offered by the Consistory for this purpose “.

Finally, the town hall of Mijas has indicated that it will continue working “to continue reducing the number of those affected by COVID-19 in the municipality with all kinds of preventive measures and they appreciate the collaboration of citizens to make the health and safety of all prevail in the face of this global pandemic “.

As coronavirus cases continue to rise in Spain there may be a need for such establishments if hospitals reach crisis point. There does exist the possibility of a second wave of the virus if this does happen it is widely thought that many hotels will be put into action similar to the UK’s NHS Nightingale Hospitals.