Over 100 prominent scientist demand transparency of the Radar Covid app 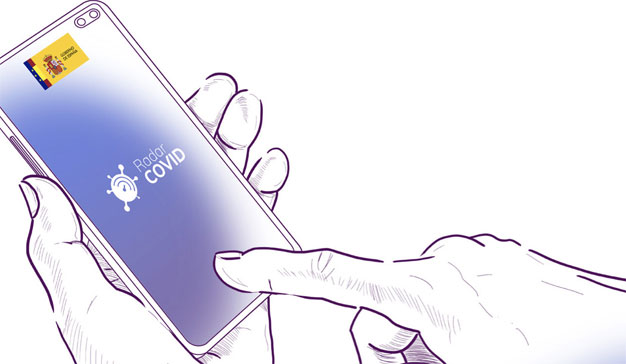 Over 100 prominent scientist demand transparency of the Radar Covid app in an open letter to the government.
Over 100 leading researchers and academics have signed and published a joint open letter demanding that the Spanish government ensures that they provided the absolute maximum level of transparency surrounding the Radar Covid, track and trace app.
They have openly stated that without full cooperation and transparency the app will not achieve the required downloads for it to be an effective tool for health officials.
The letter comes as frustrations mount that requests for the code of the app be released have been ignored. Multiple researchers have requested that the Secretary of State for Digital and Artificial Intelligence (Sedia) release the code to ensure that the software can be independently tested, potentially improved upon and gain public trust for the apps use.
These type of requests are standard practice in the use of technology that utilises open source code and the signatories of the letter have expressed frustration that they are hitting a brick wall in their request.
With multiple other countries having agreed and released their code to the relevant parties in their own countries, the Spanish cohort express frustration and identified that the refusal is a ” direct breach of the Google and Apple system license agreement”.
The letter clearly states, “Radar Covid is already part of the new generation of public health infrastructure. The application marks a milestone not only as a digital innovation, but also because of its cooperative nature. Radar COVID requires the cooperation of the whole of society, and to maximise its usefulness, needs to be downloaded and activated by a substantial number of users.”
They continued, “Democratising not only implies allowing citizens access to infrastructure, but also the co-creation of said infrastructure together with society. In a society as heterogeneous as In Spain, this co-creation will only be successful with the help of experts from various disciplines. There is no technology without failures and therefore a multidisciplinary scrutiny is necessary to achieve the best result ”
The signatories have also pointed out that refusal to comply with the request will undermine necessary public trust in the app, which is already being seen.  However, the Secretary of State for Digitization and Artificial Intelligence, Carme Artigas, has insisted that they are prioritising the distribution of the code and it will be made available.
The petitioning group stated that the purpose of publishing their open letter had two fundamental objectives. They said, “The idea is to build bridges, it has a constructive will to help solve any failure in the ‘app’ if there is one”.
The letter has put pressure on the government to ensure a speedy release of the code and make greater efforts at transparency in the future. The government has now expressed its desire to fully oblige with the request by 9th September however whether the code’s release will be forthcoming is yet to be seen.
Thank you for reading this article “Over 100 prominent scientist demand transparency of the Radar Covid app”. For more up-to-the-minute technology related news, click here.