Get ready for rain as DANA to hits Spain 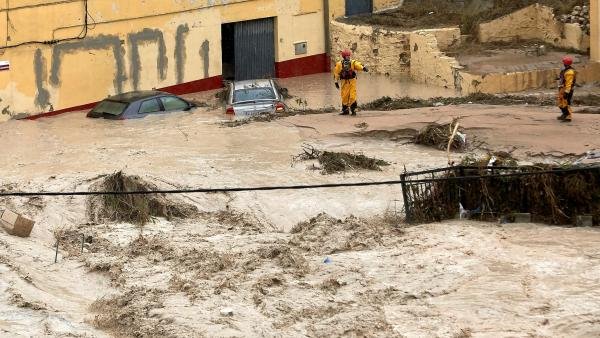 THOSE who may be suffering in the heat will be happy to know that they may be about to receive a cooling-off period, as, on Monday, September 7, a new DANA will arrive in Spain.

DANA refers to Depresión Aislada en Niveles Altos or Isolated Depression at High Levels but is less scientifically known as a cold drop. This one will especially affect the Mediterranean area, between the Balearic archipelago and the peninsular coastline.

According to the forecasts of the State Meteorological Agency (Aemet), everything points to it remaining in the same area until Wednesday.

Rubén del Campo, a spokesperson for the Aemet, has reported that DANA will give way to a few days of “notable instability” that will affect, above all, the Balearic Islands, with heavy or very heavy rainfall, persistent in some areas and accompanied by storms, that will leave between 30 and 40 litres per square metre in an hour.

However, from today, Sunday, residents will already begin to see rainfall in Catalonia and other areas of the eastern peninsula, such as the Valencia, Murcia, Almería, eastern Castilla-La Mancha and southern Aragon.

DANA is produced by the presence of cold air in the medium and high levels of the atmosphere, together with the temperature and the high humidity content of the Mediterranean air, which usually gives you in the eastern peninsula at this time, although this year it has also been higher at other points of the year.

The dominant wind from the east and northeast causes the humid air mass to drive at low levels.

However, due to the characteristics of this atmospheric phenomenon, it is more difficult to predict how it will evolve than other more common ones, so the prediction can change over time.

At this time last year, the occurrence of DANA caused torrential rain, red alert severe weather warnings, and storms that led to fatalities in Spain’s Valencia region.
Only recently the request and demands made by region for aid to recover from one of the most devastating and catastrophic high-level storms to hit Spain saw the region of Murcia, together with the Community of Valencia, Castilla-La Mancha and Andalucia, benefit from  €56.7 million approved by the European Union (EU).