EXCLUSIVE: Community rallies round to help the homeless 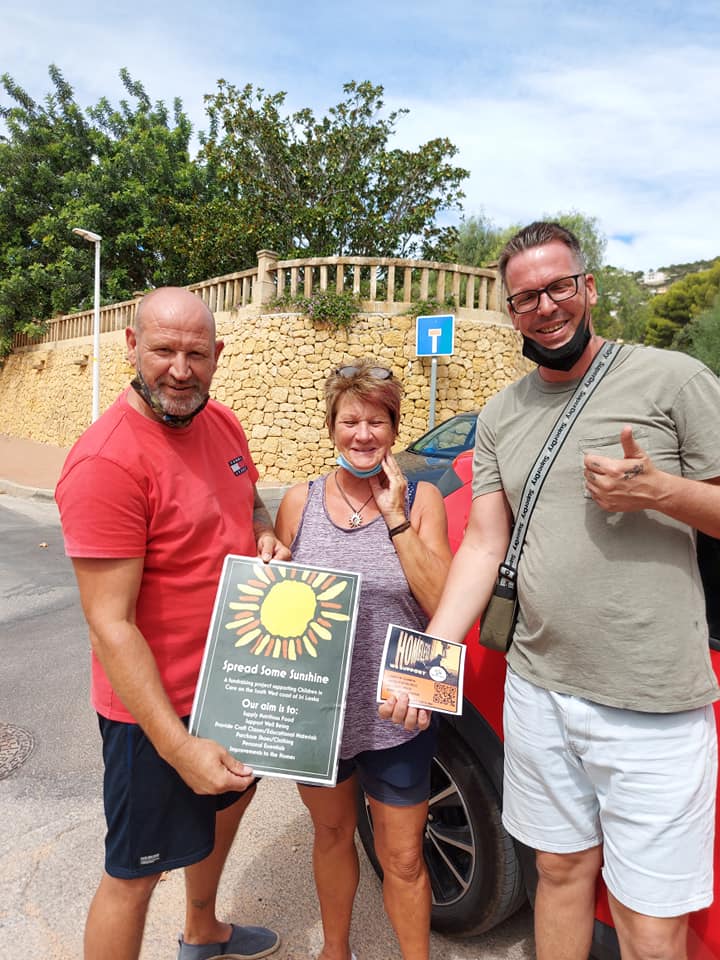 FABULOUS RESPONSE: Donations have been pouring in. CREDIT: Project Costa

COMMUNITY response to Project Costa’s ambitious bid to create a halfway house and soup kitchen for the homeless in the region has been incredible.
Within days of an appeal for support in Euro Weekly News, floods of donations have been received, including the amazing gift of a fully equipped industrial kitchen from local business, Yorkshire Linen, which has two outlets in Albir and Javea.
“It has been fantastic, we have been so busy collecting donations over the last few days,” said project founder, Arne Soeten.


“On Sunday (September 6) we were given some kitchen gear and then of course we have been given a whole kitchen which we will be fitting at our halfway house in Benitachell, huge thanks to Yorkshire Linen.”
This is in addition to the clean clothes for men, women and children as well as new underwear and donations, collected the previous weekend when volunteers from the non-religious and non-profit organisation parked up their yellow Project Costa ‘Tweety’ van at Javea Port.
The objective of Project Costa is to dress and feed the less fortunate on the Costa Blanca, as well as offering a rehabilitation program for up to three people at a time in the half way home currently being refurbished.
The team – Arne, Matty, Steven, Inge and Caroline – want to get alcoholics and drug addicts off the streets and back into society, with some of them having first-hand experience of being homeless.

“We want to start by feeding the homeless, giving out clothes and sleeping bags. As we get to know them, we will be able to see who wants a second chance at life and we will help them get back into society.”

Assisting the team is Stephan, a homeless man who has become a familiar face in Albir, along with his white dog carried about in his adapted bicycle.
“We have made contact with Stephan who will show us around Albir and Altea and help us meet with people living on the streets.
“We are taking it one day at a time to reach our goal, but things are moving very fast. It’s really encouraging,” said Arne.
Meanwhile, volunteer Steven Barnes, a chef and former restaurant owner from Yorkshire, is busy making plans for the mountain of meals he will be preparing from Project Costa’s new kitchen.
And he has a wealth of experience of both feeding the homeless and living on the streets, having cooked 200 meals three times a week for the less fortunate in Rome.
Steve is proof of how easy it is to end up homeless after his own business fell victim to the credit crunch and went into liquidation.
It was then he set himself the challenge of getting homeless people off the streets and started volunteer group, Project Rome.
“There are thousands of people living on the streets in Rome, it is a bit different here to the Costa Blanca, but the concept is the same.
“Once we are up and running, I really want the public to be involved. I’d like people to come and taste the nutritional food I will be preparing and give their feedback.”
As well as kitchen equipment, clothes, food and sleeping bags are still needed to ensure Project Costa can reach as many people as possible.
You can find Costa-Project in Calle de la Mar, 31, Benitachell,
Tel 00 34 643 737 584, email: [email protected], Facebook, Instagram and at: Project-costa.org.

PROJECT COSTA: The team want to feed and clothe the homeless while helping them back into society.
CREDIT: Project Costa