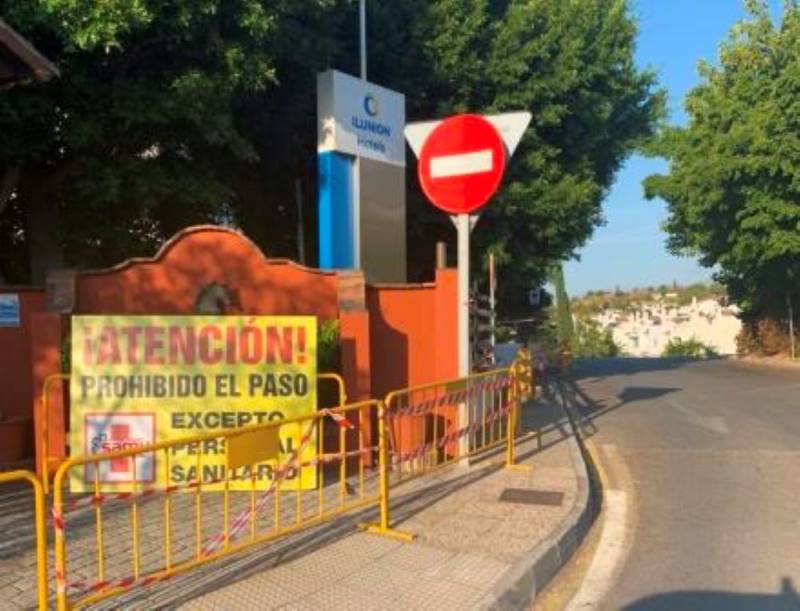 No entry except for medical vehicles

ALTHOUGH at the beginning of lockdown in March, the Junta de Andalucia outlined some plans for the takeover of hotels to act as recovery centres for those suffering from Covid-19, few details were ever released.

Now to the consternation of residents and the Mijas Council, it appears that the Junta has unilaterally decided to turn the Ilunion Hotel on the Mijas to Fuengirola road into such a centre without even discussing the matter with the Council.

Residents in the area were immediately on the phone to the Council asking for advice and explanations of what was happening as over the weekend, they could see the hotel being transformed before their eyes in what almost appeared to be a military style operation with the hotel cordoned off to the public, large signs showing unauthorised entry other than sanitary personnel and the 24hr deliveries of medical equipment being installed.

Understandably they are confused and angry at the transformation of this pleasant residential area.

Once it discovered what appeared to be happening, the Council immediately wrote to the Junta asking them to reconsider any decision which would turn the hotel into a recovery centre as the Council believes that the siting of such a centre would infer that Mijas has a Covid-19 problem.

He added “Mijas does not have a hospital in the municipality and that the road that gives access to such facilities is secondary with difficult connection to the highway”.

There is no question that Malaga Province does have a problem with Covid-19 infections but the way in which this matter has been approached does appear to be underhanded to say the least.