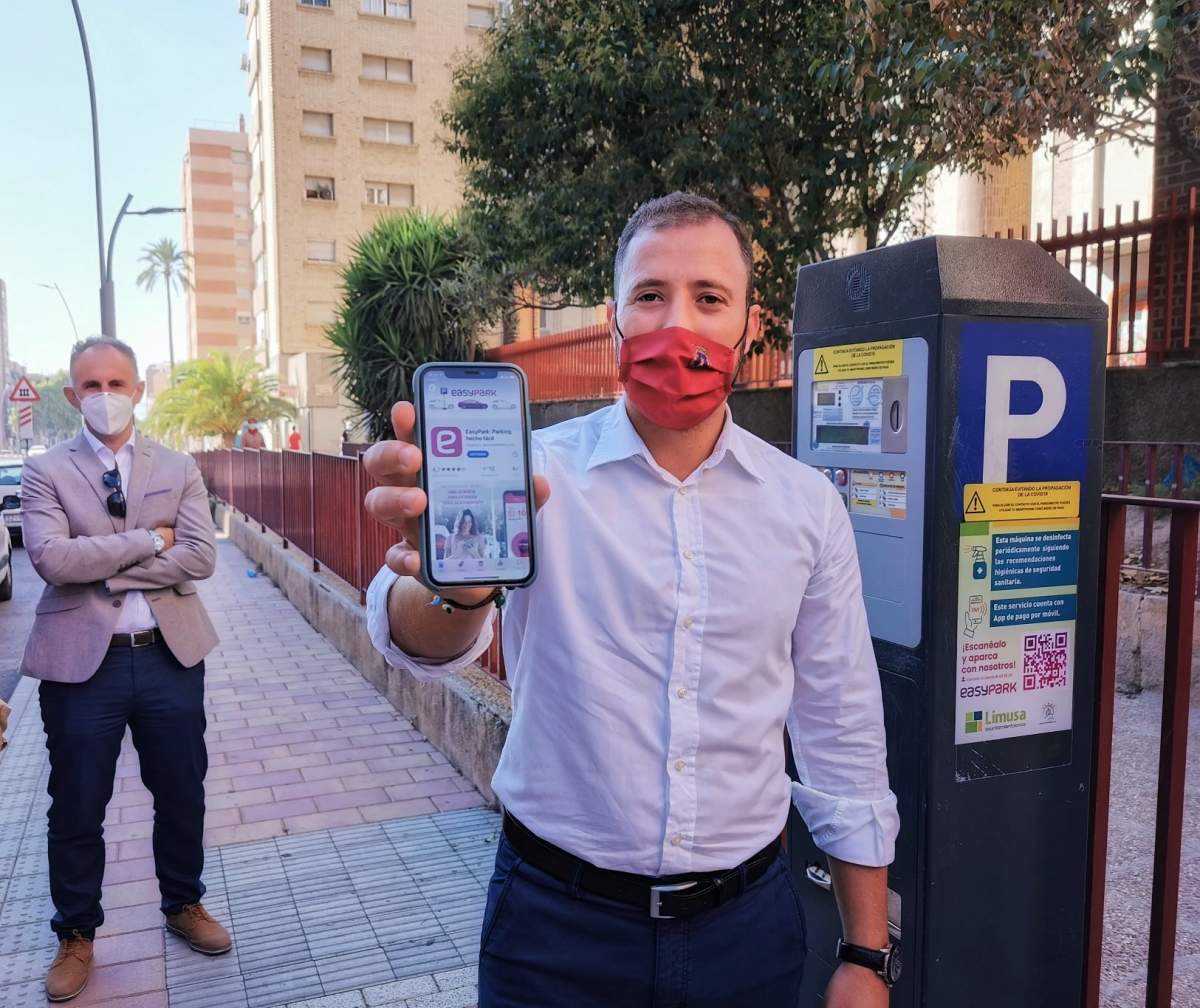 In a seemingly straightforward announcement of an app to help with parking in the city, many people were perplexed as they thought the app was already in place!

COMMENTS on social media can often lead to some great insight when a new project, gadget or app is launched.
In a project announced yesterday, September 9, by the Vice Mayor of Lorca and Councillor for Public Companies, Francisco Morales, some confusion was expressed by users on Facebook.
One user commented “[that project was launched] 2 years ago,” with another user pointing out “I have been using it for more than a year and it goes bad, very bad. It is not new but now we present it as new so as not to touch the machine …. covid measure. They take us for fools.”
However, one user pointed out that this was indeed a new app as the old one was called E-Park; “The app is new. The old one is e-Park and now it is Easypark [as] put in the news.”
As far as the announcement, Francisco Morales states that “the objective of this new App for mobile phones is to make parking easier for citizens, professionals, tourists and visitors, while promoting and facilitating commerce in the city.”
“The new application, developed by Easypark, is now available to users of Lorca in collaboration with LIMUSA. From now on, parking in the blue zone will be more comfortable and the payment for the use of the service simpler and even cheaper, by collecting bonuses for professionals and low-polluting vehicles,” according to Morales.
The Easypark app already applies special rates for professionals both in the blue zone price and in the resident professional rate and gives reductions for hybrid and electrical vehicles.
Morales has expressed the need to adhere to Covid-19 safety measures, “these new utilities promote electronic payment since it avoids physical contact with the parking metre keyboard.”
The mayor wanted to emphasise that “these machines are frequently cleaned and disinfected.”
The Easypark App is currently serving more than fifty Spanish cities, including Albacete, Elche, and now Lorca, although they are also in talks with some cities in our Autonomous Community such as Murcia, Cartagena and Águilas.
The debate looks set to continue in Lorca with regards to the age of the app but it still looks like it will help many people in the area.
For more news from Southern Costa Blanca, please follow this link.