Prolific drug gang busted in Spain and 64 arrests made 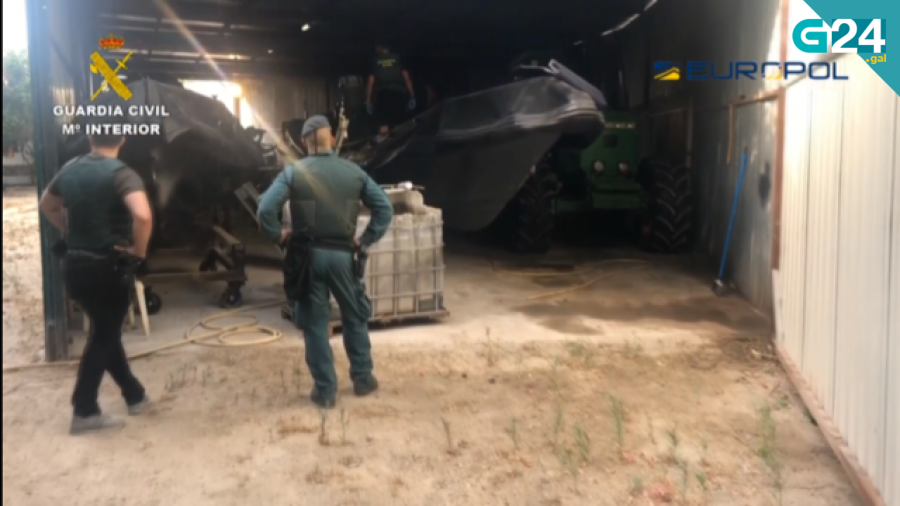 64 arrests made after clan busted. Credit-Twitter

THE Civil Guard has dismantled an organisation dedicated to hashish drug trafficking in the provinces of Malaga and Cádiz and 64 arrests have been made.

After more than a year of investigations, the operation, called “Tortilla”, has culminated in the arrest of those investigated for drug trafficking, money laundering and belonging to a criminal organisation.

As reported by the armed institute, the criminal gang known as the Clan de Los Pinchos supposedly operated on the coasts of Malaga and Cádiz, although the bulk of the organisation was located in Campo de Gibraltar.

In that area, the Civil Guard has even found a slipway for drug boats in one of the searches carried out in Palmones (Cádiz). Six of these vessels have been seized, in addition to 16 vehicles. In total, the value of the intervention amounts to three million euros.

As a result of these searches, the Civil Guard, with the collaboration of Europol, has seized eight tons of hashish from the organisation and made 64 arrests.

It hs been said that the dismantled organisation introduced in Spain between 3,000 and 6,000 kilos of this drug per month.

The first cache was intercepted by officers in Catalaraje, in Estepona. There, the Civil Guard detained the first six members of the organisation and managed to seize almost three thousand kilos of hashish.

The investigators were able to verify how in subsequent caches the ringleaders change the way they unload the drug under pressure from the Civil Guard.

In a second drop, the gang made several landings in areas difficult to access from land, dividing the load, to avoid dropping it in a single point of the coast, explained police sources.

On another occasion, the clan chooses to make two simultaneous caches using two speedboats. They also change the landing area, arriving at the same time in the provinces of Huelva, Cádiz and Málaga.

As they have explained, despite all the variants of the modus operandi used by the organisation to get hashish into the Peninsula, the Civil Guard seized eight tons of hashish from the organisation in four caches.

Investigators also detected operations of money laundering from drug trafficking. For this, they acquired the boating equipment necessary to carry out the illegal activities from a company of one of the members of the organisation, whose parents were the administrators.

The value of everything seized amounts to three million euros, including boats, vehicles, personal property, as well as the seizure of their bank accounts.

64 arrests were made by 250 civil guards from the Algeciras Command, Air Service, Rapid Action Group, Reserve and Security Group, as well as CCON and OCON participated in the operation.

Thank you for reading ‘Prolific drug gang busted in Spain and 64 arrests made’, you may also wish to read ‘Drug trafficking ring operating in Malaga, Almeria and Granada smashed’