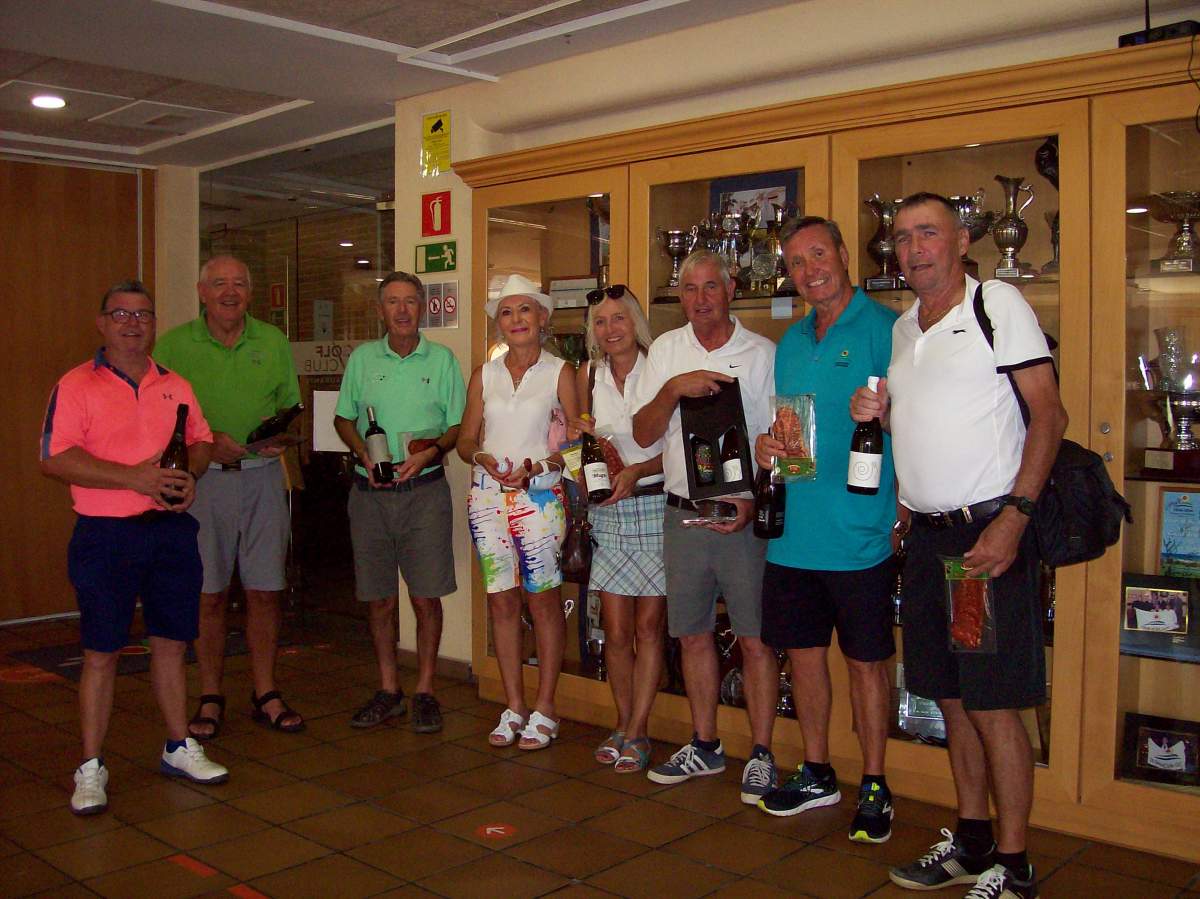 Last Friday, September 11, saw another hot and sunny day with 17 Montgo Golf Society members playing in the competition sponsored by Sally and Keith Cottrell.
UNFORTUNATELY, Sally was injured after a mountain expedition but was able to present prizes to the winners. The society also welcomed Sylvia Mortensen as a guest.
Scores were high, possibly due to the fact that some tees were well forward as work was being done on the course to lay paths for buggies.
Having said that, the high scores were well deserved.
Tom Atkinson took first place with 42 points followed by Ros Fletcher and Gordon Gleeson with 41 points, and Alan Lowans with 40 points.
Nearest the pins went to George Braddick, Richard Delaney and Nigel Siddall. Ilona Mathieu had two, twos. Ros and Nigel also had a two each.
Next week’s competition is a stableford sponsored by John Ross.
Montgo Golf Society was formed in March 2009 by a group of local golfers who had previously been members of other golf societies on the Costa Blanca, but felt the need to form a new society with purely golfing priorities.
The name Montgo is taken from the landmark mountain (also known as the “Elephants Head”) situated between Javea and Denia and around which many of the members live.
The Society had five original founders and an initial membership of 30, however this has grown over the years and the MGS now limits the membership to 85.
Potential new members are welcome to join us as guests, subject to availability, and this is a good way to get to know the other members whilst waiting for for application to be confirmed.
MGS meets every Friday throughout the year, losing very few days to the weather, and play a variety of competitions including regular medals, stablefords, and team events, together with an annual singles and pairs knockout.
Members are invited to sponsor weekly events and are fortunate to compete for several trophies throughout the year, as well as an annual Champions Cup, Order of Merit, Eclectic and the Campbell Lamont League.
Over the years some of the original founders have retired or moved away from Spain and the Society is now run by a committee comprising of a Captain, Vice Captain, Competitions and Handicap Secretary, Treasurer and General Secretary.
To find out more, email: [email protected] or visit: http://www.montgogolfsociety.net/