Could Granada's 'black panther' be something else? 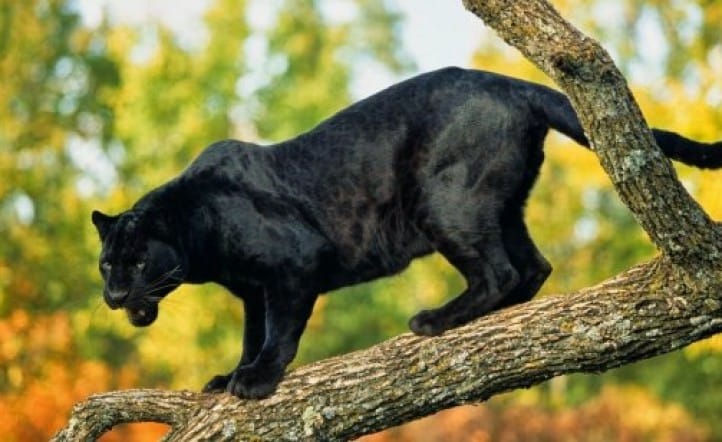 FOR the past week, tensions have been high in a Granada town after a number of alleged sightings of a black panther roaming around the streets and woods.
AUTHORITIES in Ventas de Huelma asked residents to avoid going into the fields or wooded areas and stressed a search operation was being carried out by environmental officers and the Guardia Civil’s Seprona unit to try to locate the animal.
Villagers claimed to have seen the panther strolling along a road near the municipal castle and the town hall.
And concerns were raised further when a cyclist shared a photograph which appeared to show a black panther roaming wild.
While villagers were taking “extreme precautions”, the Guardia Civil called for the collaboration of hunters in the area to help locate the panther, and yesterday (Thursday, September 17), they were preparing live bait to try to capture the panther, rumoured to be lamb or a rabbit.
However, Alfonso Azaustre, a photographer who specialises in documentary photography of travel and nature, travelled to the village to try to capture better images of the animal, since the only one that had so far been taken was that of the cyclist on his mobile phone.
https://twitter.com/BlaBlaBlito/status/1306653338503708677
And when Azaustre managed to take a snapshot of the feline, it was not in fact a black panther, “but a large cat”.
This is demonstrated by a sequence of photos taken that has surprised the Seprona agents, hunters and residents of the town.
The Guardia Civil told Ideal newspaper that “what the Seprona agents have seen is not a panther, but nothing can be ruled out until it is captured, we can only say that the search for ‘A’ wild animal”.
“The truth is that from afar it looks bigger, the tail is long … then when you get closer there is no doubt that it is not a panther, but from afar …”, said Azaustre.
Euro Weekly News is delighted to continue be able to bring you a range of News that doesn’t cost you anything but your internet connection. Whether it’s Local Spanish News or International Entertainment News, we’ve got you covered!