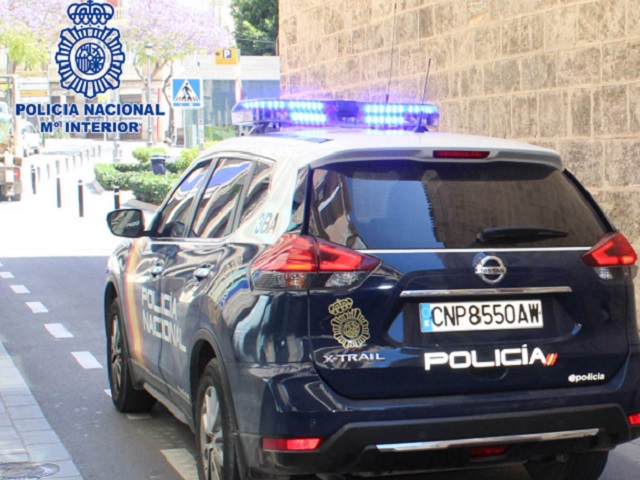 CHARGES: Police detained one man for inflicting body harm, and the other for attempted homicide. CARER ARRESTED: She is accused of assaulting 90-year-old with Alzheimer's. CREDIT: Policia Nacional

A carer has been arrested for allegedly assaulting a 90-year-old woman with Alzheimer’s disease in Valencia.
THE suspect, 43, has reportedly been a live in carer at the elderly victim’s home for the last seven years.
She is accused of pulling the pensioner’s hair, shaking and kicking her, and faces a charge of mistreatment, according to the National Police.
The assault is said to have taken place at around 10pm on Thursday evening (September 17).
Police were alerted by several witnesses to ‘a woman physically abusing an elderly woman’.
Officers discovered the alleged victim was a 90-year-old with Alzheimer’s, who had received injuries at the hands of a woman who cared for her in her home from Monday to Friday.
The elderly woman’s son arrived at the scene, and claimed to be unaware of the situation his mother was experiencing since ‘she could not express herself due to the advanced state of her illness’.
According to police sources, further investigations suggest the carer constantly ‘insulted, screamed at and humiliated’ the victim.
Officers are also investigating claims that on one occasion the accused had been ‘out on the street late at night’, leaving the patient alone sleeping in bed.
Euro Weekly News is delighted to continue to be able to bring you a range of News that doesn’t cost you anything but your internet connection. Whether it’s Local Spanish News or International Entertainment News, we’ve got you covered!