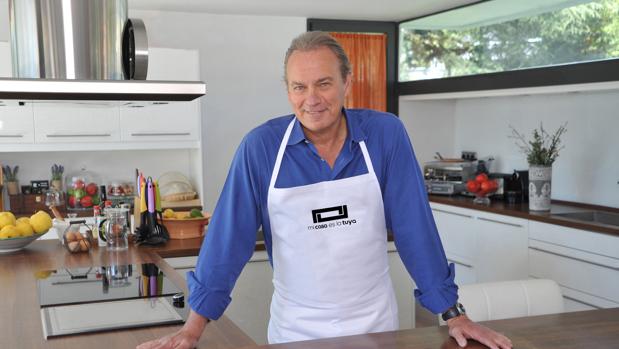 BERTÍN Osborne has travelled to Cútar to interview Albert Rivera in the program ‘Mi casa es la tuya’ that is broadcast every week on Telecinco.
Both the mayor of the town Francisco Ruiz, as well as the head of Axarquía Film Office, Juan Peñas, have expressed their satisfaction with what this programme means for the promotion of both Cútar and the region of Axarquía-Costa del Sol.
For several weeks, the Axarquía Film Office has worked with the ‘Mi casa es la tuya’ production company to help scout locations for the programme.
More than fifty people including technicians, filmmakers, cameras, managers and production, have participated in the recording as ‘Mi casa es la tuya’ is one of the most-watched on general television with a massive audience.
The mayor of Cútar, Francisco Mérida, has totally committed himself to the project “since it is a promotion for Cútar that we couldn’t even dream of.”
Likewise, he wanted to thank the residents’ involvement and the Natural Tropic company, which has collaborated selflessly with the Town Hall by handing over the facilities where the part of the programme that takes place in the kitchen has been recorded.
Albert Rivera’s origins are in this Axarquia town where direct relatives of his still live, he even took time to visit them during his stay and enjoyed visiting the town “of his roots” where his grandparents and mother were born.
The programme will be broadcast on Telecinco on Friday, September 25.
We hope you enjoyed this article “Hit Spanish TV show ‘Mi casa es la tuya’ comes to Axarquia”.
You may also wish to read “Norwegian family fight to claim back their family from squatters in Spain.”
Euro Weekly News is delighted to continue to be able to bring you a range of News that doesn’t cost you anything but your internet connection. Whether it’s Local Spanish News or International Entertainment News, we’ve got you covered!
For more Local Spanish News from Axarquia, head over the page on the Euro Weekly News website.
Euro Weekly News, the people’s paper, we lead others follow!