Missing pensioner found dead in a ditch in Valencia 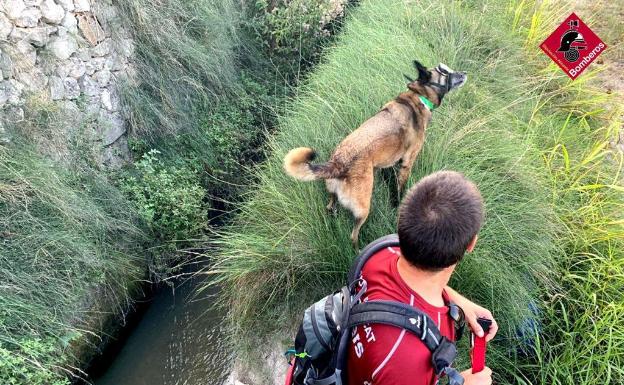 SEARCH: The body of a missing pensioer was found after a two day search. CREDIT: @BomberosDipuALC

A search for a missing 75-year-old man in the Valencia Community has come to a sad end after his body was found in a ditch.
THE resident of Ontinyet disappeared last Friday afternoon (September 18), and more than 300 people and numerous emergency teams joined the hunt to try to find him.
Guardia Civil officers made the tragic discovery yesterday evening, and an investigation into the circumstancdes surrounding his death has been launched.
As soon as the alarm was raised, firefighters from the Valencia, Alicante and Generalitat Firefighters Consortium were activated, among other troops from the Guardia Civil, Local Police officers and volunteers.
On Saturday morning, the search party was joined by members of the Special Group of Rescue of Height (GERA) and other teams of the Valencia consortium.
Four brigades from Divalterra were added, one from the forest firefighters unit and a helicopter from the Generalitat. Two members of Alicante firefighters’ canine rescue group also joined the search.
In total, more than 300 people were involved in the operation.
Finally, the lifeless body of the missing man was found by a volunteer in a ditch filled with water in Petrer, according to the Alicante firefighters.
The Ontinyent Council confirmed the discovery was made near the Benarrai park, close to where the deceased had last been seen.
Health services were called to the scene, but could only certify the man’s death.
The Guardia Civil is now waiting for post mortem results to determine the cause and approximate time of death.
Although an investigation has been launched, the Guardia Civil believes the deceased may have fallen into the ditch and is treating the death as accidental.
According to Europa Press, the Mayor of Ontinyent, Jorge Rodríguez, has since thanked everyone for thier help in the search.
He announced that the flag will fly at half-mast at the town hall today in ‘a sign of mourning and respect’ and expressed his condolences to the family and acquaintances of the deceased.
Euro Weekly News is delighted to continue to be able to bring you a range of News that doesn’t cost you anything but your internet connection. Whether it’s Local Spanish News or International Entertainment News, we’ve got you covered!