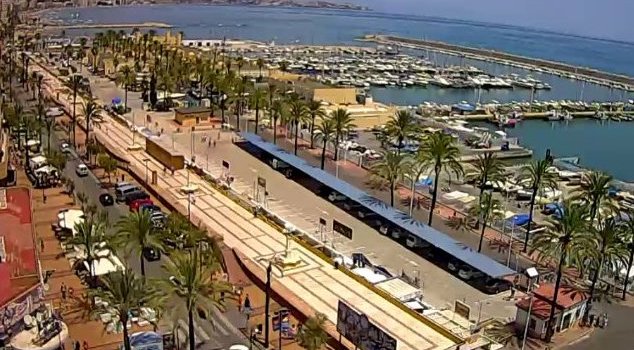 Dear Euro Weekly News,
I was so utterly dismayed to read your Costa del Sol front cover piece about the bar owners in Fuengirola. Eight bars abandoned within months!? That is both shocking and sad. Many people come out here to live a dream. They bring their lives savings, they see a gap in the market and try and do something to make themselves and others happy and then they get this massive kick in the face. The coast survives upon entertainment and music. Fining bars for playing music? What on earth has the at got to do with Covid. Unfortunately, the controversial question needs to be asked, where any of these Spanish bars or are they only the expat bars. Whether they agree or not I have seen and heard of victimisation by the police against foreigners, bars included. I understand that they are trying to look after their own but they are destroying people’s livelihoods and dreams as they do so.

Surely there is enough room for them all.

Hello Leapy,
This is my first time of writing to you although your column is the first thing I turn to when reading the EWN I must say that agree with a majority of what you say, so keep up the good work.

As you are unlikely to receive this particular local paper I thought you might be interested in the enclosed article, I think it would fall nicely into your ‘You couldn’t make it up’ section as t discusses how Zebra crossings and children’s warnings signs are deemed to be sexist. I think there must be a committee somewhere that looks round to find the next stupid thing to do.

Could I also recommend that you take a look at what the criteria for the 2022 best picture Oscar are going to be if it wasn’t a wind-up it was unbelievable I’m not sure just who would win it?

Dear Editor,
I read Barry Duke’s piece in EW 17-23 September with great interest and a wry smile. The British advertising industry has been getting foreign words wrong for years. The sports car firm Porsche has actually released a video so that the benighted can learn to pronounce “Porsche” correctly as “Porsche’h” (there is no silent ‘e’ at the end of a word in German), whereas the advertising minions working for a garden equipment firm will insist on pronouncing the word as “karcher”, whereas it should be pronounced “kerchher”, the double ‘h’ signifying that the ‘ch’ is pronounced as in the Scottish word “loch”. The little dots over the letter ‘a’ in this firm’s name (which I cannot replicate on my keyboard) are Umlauts (change of sound) that convert the ‘aa’ to an ‘ae’ when pronounced. Other blunders include “Dashhund” when the correct word is “Dachshund”, and pronounced “Dachhshunt”, Dachs being a badger and Hund a dog or hound. Again, the ‘ch’ is pronounced as in ‘loch’. Then there is the manufacturer, Braun, correctly pronounced like the English “brown” and not as “brawn”.

Should you wish to read more of our letters you can do so here.