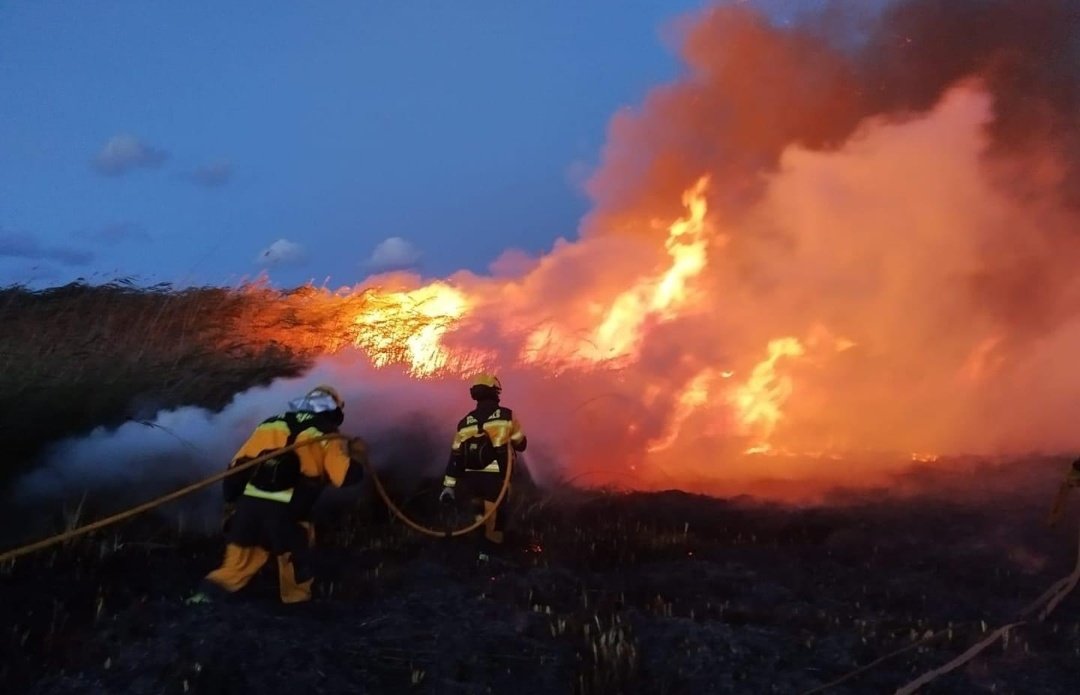 HEAVY downpours of rain overnight have helped quell a huge fire in Albufera natural park, Mallorca. Early this Sunday morning, the flames that were still burning late on Saturday night can no longer be seen.
The Albufera natural park fire had been still very active this Saturday, September 25. Emergency personnel continue to work by land and air to control the fire that has already burned 300 hectares, mainly in a natural area populated by reeds.
The fire that started this Friday, shortly before 6pm, has also caused great material damage and has affected at least three houses and caused damage to the exterior of another two, according to emergency services.
Director of the park Maties Rebassa explained that between 80 per cent and 90 per cent of the land destroyed by the flames is within this protected area.

On Saturday morning, nine planes and helicopters were working in the Albufera natural park. Two amphibious aircraft joined this Saturday to stop the advance of the flames, which began on the Camí de S’Amador. In total, some one hundred professionals from different fire fighting bodies tackled the devastation.

The Minister for the Environment, Miquel Mir, and the general director of the Balearic Institute of Nature (Ibanat), Joan Ramon Villalonga, have been at the command post in Ses Cases de Son Sant since early Saturday.
Villalonga has declared that the fire has two sources, one that advances towards the Muro treatment plant and the other towards the Albufera natural park. All extinction work is focused on stopping the flames in these sources.

The president of the Balearic Islands, Francina Armengol, has offered support to the those involved and the fire fighting teams.
“All the support for the affected residents and great strength for the troops who are fighting to extinguish the fire and minimize the damage in the Albufera natural park,” the president wrote in a tweet.

It is one of the worst fires to hit the Island in recent years. At the moment, an investigation has been opened to determine the causes.

Thank you for reading this article “Overnight rains have put a stop to the bushfire in Mallorca natural park”.

Euro Weekly News brings you a range of News that doesn’t cost you anything but your internet connection. Whether it’s Local Spanish News or International Entertainment News, we’ve got you covered!