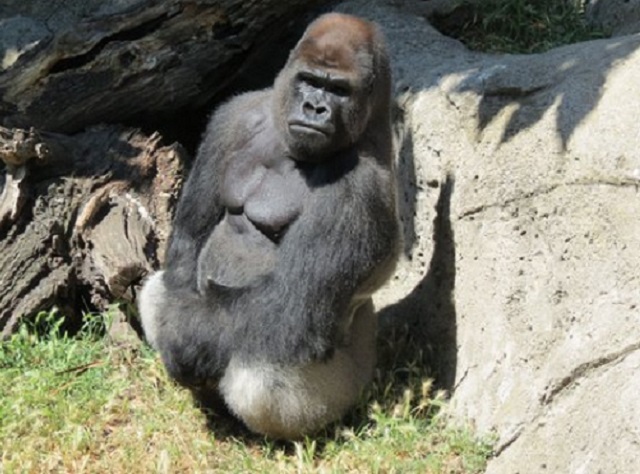 INCIDENT: A spokesperson for the zoo said the 200-kilo gorilla held back from using all his “colossal strength.” CREDIT: Zoo Madrid Facebook @zoomadrid

A zookeeper has been left seriously injured in an attack by a gorilla at the Madrid zoo on Sunday morning.

The zoo said the incident occurred at around 10am when the 46-year old zookeeper entered the interior of the gorilla enclosure for the usual routine of breakfast, cleaning and preparing the facilities.

The statement explains that in an internal area with a triple door the keeper came face-to-face with 29-year old gorilla Malabo, who leapt on her.

“He pushed her around, but without using all the colossal strength he is capable of with his 200 kilos of weight”, stressed Madrid zoo spokesperson Maria Jose Luis.

Several keepers rushed to the enclosure and managed to get the animal back. Once they had got their colleague away the veterinary team put out the gorilla with a tranquiliser dart and moved him indoors.

A SAMUR-Civil Protection municipal emergency and rescue team headed straight for the zoo as soon as the call about the incident came through.

They transferred the injured zookeeper to the Clinico San Carlos hospital, where she is being treated for head and chest trauma, and multiple fractures to her thorax, SAMUR-Civil Protection duty chief Angel Casas revealed.

Madrid Municipal Police have opened an investigation given that the attack is a workplace accident.

The zoo said the reasons why the animal was able to get into the zone where the attack took place are being examined internally, although a judicial investigation “will determine the details exactly.”

The zoo explained that Malabo was raised by carers from birth and his behaviour is characteristically to protect the group and his carers.

It has meanwhile wished the zookeeper a rapid recovery.

We hope you enjoyed this article “Zookeeper left seriously injured in attack by gorilla at Madrid zoo”.