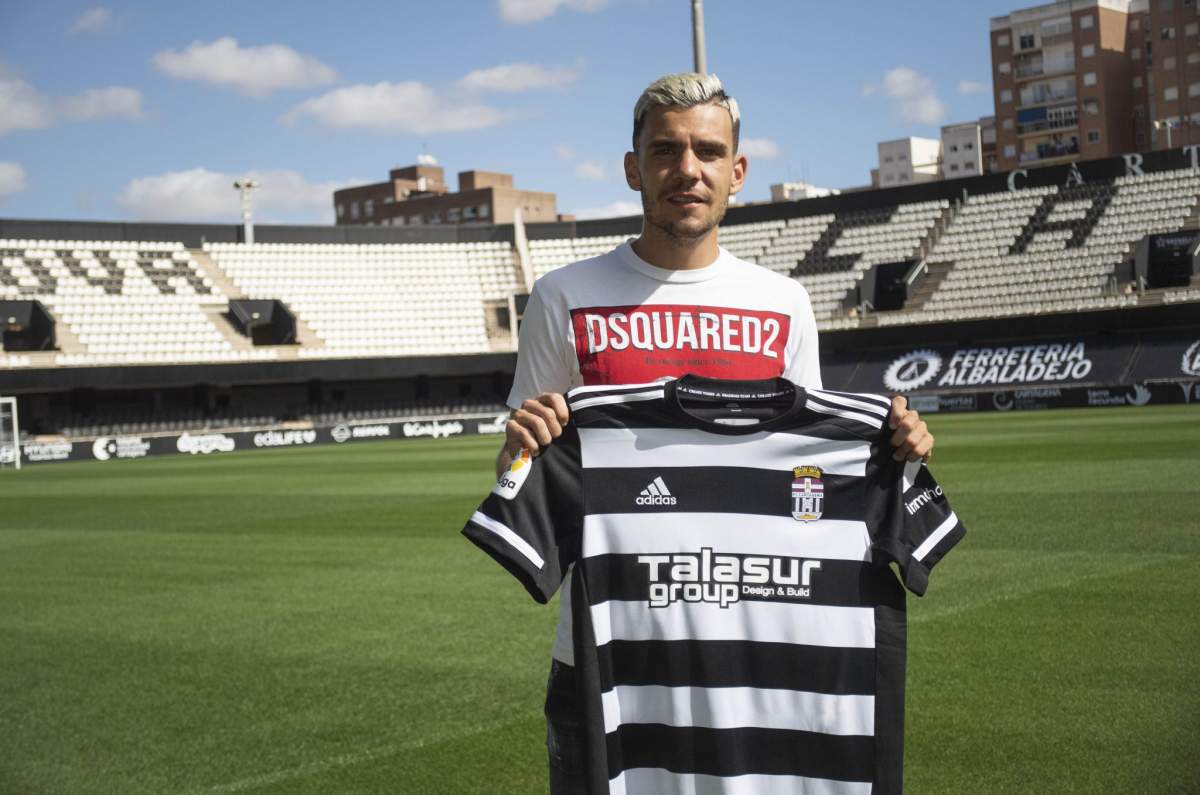 Álex Gallar has officially been unveiled as FC Cartagena’s new signing, despite already making his debut for the club for LaLiga SmartBank side.

THE 28-year-old joins Cartagena, who sit 19th without a win in their opening three games, on a loan-deal from fellow Segunda Division side, Gerona FC.
Speaking about his move, the new Albinegro footballer assured fans, “for me it is not a step backwards. I [came here] because I believe in this project, the feelings are very positive. It was very important for me to [find myself] again as a footballer and I think I can do it here”.
The player, who can operate on the left wing or as a forward, spoke about his debut in the club’s 3-1 defeat to CD Leganés, in which he played the whole second half, “I felt very good. On an individual level I needed a performance like the one on Sunday. The team must take advantage of second half to start believing because in LaLiga SmartBank you can beat anyone and you can also lose any game. This Sunday against Lugo there are three important points and this group is ready to win that game”.
Gallar said, “last year with Girona, the project invited us to think about promotion, but for me this team can do many things. You have to go calmly, with lead feet and knowing that the objective is to reach 50 points, which is the primary objective… from there, football will tell.
“As for enthusiasm, very few teams should beat us, so it is very important to start believing from now on that you can win all the games”.
Other new arrivals at the Cartagonova stadium have caught the eye of the Sabadell born player, highlighting Rubén Castro and De la Bella in particular:
“When players of this size arrive, one begins to look more seriously at the project that the club is doing”.
Álex Gallar defines himself as a player “who likes to be close to the area. I like to help people on the team because it is very important that people feel good and that dressing room work is key. [I am an] offensive player with a goal [scoring touch]”.
President of FC Cartagena, Paco Belmonte, spoke about the arrival of Álex Gallar and is excited by what the player can bring to the team “He is going to add [good] attitude and football.
“In the first half he was heard as just another fan, encouraging and helping his teammates. The objective with which he comes is to do his bit, which is sure to be a lot. We need many footballers like him to help and to achieve the goal”.
We hope you enjoyed reading “Álex Gallar unveiled as FC Cartagena’s new signing after his debut”, more interesting sports news can be found on the Euro Weekly News website by clicking here.