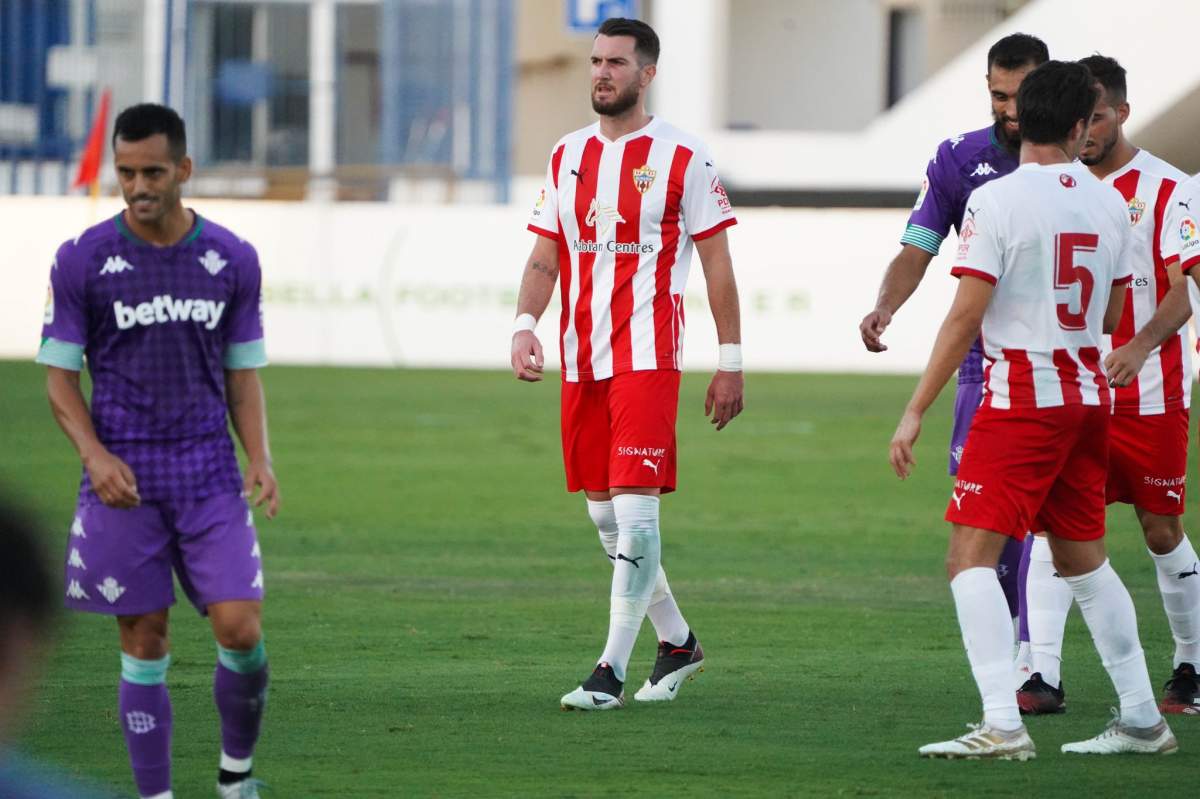 MOVE AWAY: Peybernes could be on the move. CREDIT: Twitter

French defender Mathieu Peybernes has attracted interest from many clubs around Europe, but could he be on his way to English football?
SEVERAL clubs have been tracking the Almería defender with many clubs trying to strengthen their squads before the end of the transfer window.
Clubs from across Europe has been keeping an eye on the Peybernes situation at Almería and it looks like he is keen to leave.
The 29-year-old is in-demand following a successful loan spell at Club Deportivo Lugo last season in which he played 30 games.
It was the dominant displays last season that have led the tall centre-back to come across the radar of several English clubs; including Premier League side West Bromwich Albion, Nottingham Forest and Swansea City.
Almería FC currently sit 12th in LaLiga SmartBank division and will be hoping to find a replacement for Peybernes if a deal is done for him to leave for English football.
In a recent interview with French news outlet, Onze Mondail, the well-travelled Frenchman said:
“There has been interest from different clubs. There are a few days of transfer window, it is the money time, where everything is done,” he said.
“I have never hidden my desire to play in the first division. I want to reach the highest level. There was interest from English clubs. What matters most to me is having a serious long-term project, seeing a future with a club.
“I’ve moved around a lot lately, it hasn’t always been easy. Everyone needs stability. It is the sporting project that will count more than the destination itself.
“It’s true that I haven’t played [in England] yet. The Premier League, we all know what it is – a very competitive league, one of the best or even the best league. It’s a place where you have to be physically ready to win.”
West Brom will be hoping that they can convince Mathieu Peybernes to join the club after conceding 11 goals in three Premier League games, which sees them sit in 17th position and without a win.
We hope you enjoyed reading “Peybernes could leave Almería for English football”, more interesting sports news can be found on the Euro Weekly News website by clicking here.