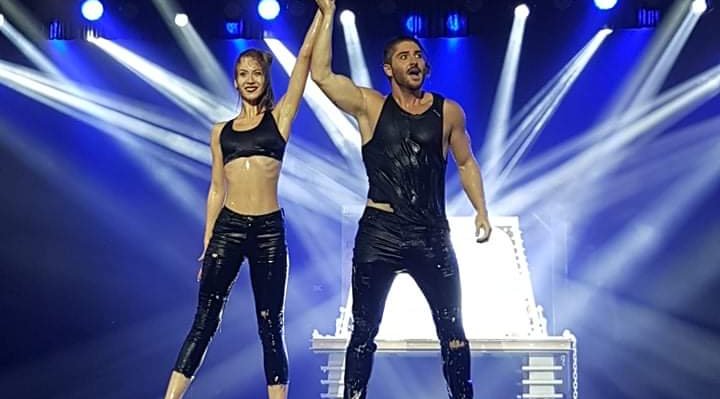 FIVE of Europe’s most prestigious illusionists took to stage at Benidorm Palace today to give the Save My Life 5 fundraiser, in aid of abused, abandoned and sick dogs, a truly magical twist.
The spectacular line-up included magic, illusions and ventriloquism, together with the Palace’s very own David Climent who wowed the crowd with a breathtaking recreation of Houdini’s world famous Water Torture Cell, immersed in 450 litres of water.

The atmosphere was electric and weeks of preparation paid off as a socially distanced crowd was treated to a spectacular show for all the family.

Co-organiser Dona Sandland of Benidorm Dog Homing told Euro Weekly News: “We didn’t expect to do another event until next year, but there’s been a good turnout and the atmosphere is amazing. 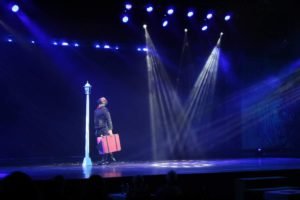 “We are absolutely delighted to have raised €650 through this afternoon’s raffle. Really looking forward to this evening’s show, more tickets have been sold and every penny helps.”
The hugely popular event, compered by entertainer and BDH volunteer, Tim Aimes, raises much-needed cash to help Benidorm Dog Homing continue to give these ‘forgotten and invisible’ animals a second chance.


Thanking the audience for their support, Tim said: “You have seen the opening videos, the sad stories and the success stories and seen how your money helps. Benidorm Dog Homing relies so much on the generosity of you all.”
Since March, Benidorm Dog Homing has re-homed an incredible 84 dogs.
“If we didn’t get the dogs out of the shelter it would be completely overcrowded,” said Dona.
“There are so many rescues all over Spain, but what we do is within the community of Benidorm, which is a community that pulls together.
“The dogs we have are almost always sick, have leishmania, hip dysplasia or other conditions. We do all we can to get them out of the pound and into loving homes and every penny that the Save My Life events raise helps enormously.”

Dona added: “Cute and fluffy puppies have less difficulties finding new homes. We concentrate on dogs that are forgotten, invisible, sick or abandoned and need our help.”
Euro Weekly News spoke to Julie and husband Rob who fostered Jimmy, an adorable dog with many health problems.
Sadly, despite a loving home and medical attention, Jimmy, will have to be put to sleep.
But the efforts of Benidorm Dog Homing and his foster parents have ensured he was well cared for in the latter part of his life. 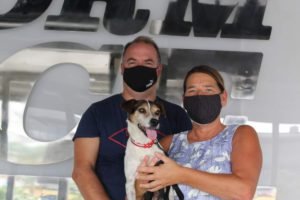 Julie told EWN she has seen a difference in Jimmy and he had begun to out weight on, but his condition is too far progressed: “We have no regrets at all. I would say to anybody considering fostering one of these lovely dogs to go for it.”
“It’s very sad, but at least Jimmy won’t die in a cage in the shelter, as is the case for many of our dogs, including most recently, Renetta, who had been in the pound for eight years,” said Dona.
Along with today’s matinee performance, there is an evening show at 8pm, with the Palace doors opening at 6.30pm – don’t miss it! Tickets are just €12 and food is available.
Call Benidorm Palace box office on 965851660 or pop along this evening.
Palace owner and co-organiser, Christine Climent, who donates the venue to support the cause, said: “These abused, abandoned and sick animals have no voice, but we do. Please come along and support them.
“Strict Covid regulations are in place.” 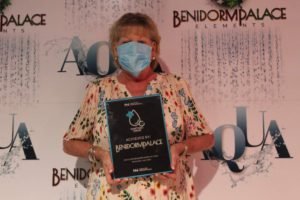 In addition to strict regulations, such as temperature checks, hand sanitising and mask wearing, the Palace has been awarded a Sanitized Venue by Nightlife International – one of just two Triple Gold recipients in the Valencia Community.
Euro Weekly News is delighted to continue to be able to bring you a range of News that doesn’t cost you anything but your internet connection. Whether it’s Local Spanish News or International Entertainment News, we’ve got you covered!