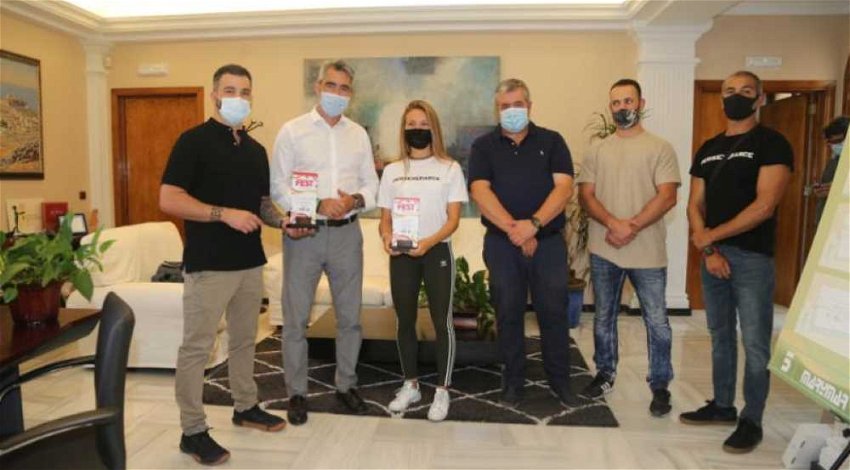 BENALMADENA Mayor, Víctor Navas; and the Councillor for Sports, Joaquín Villazón, met with young local athlete Laura Tome, age 17, who has just been chosen as the most improved Spanish taekwondo player by the Spanish Taekwondo Federation.

She was accompanied by her father, teammates from the club and her coach, Maxi Montiel, from the Doyang Taekwon-do School as she was congratulated and encouraged to continue with her sport.

Laura competed last year in the junior category, and has been training since she was six years old and two years ago her coach encouraged her to participate in the World Cup in Germany which confirmed her commitment to this sport.

Since gaining her black belt, she has won the Spanish Championship, the Benidorm Cup, the Almería Cup, the Rome Open and came fifth in the World Cup in Germany.

In addition, the Doyang Taekwon-Do Club has also been recognized by the Federation as the school with the greatest success during 2019. “It was a surprise: it is an award that recognizes the trajectory of a club that had 188 registered students in the three first months of the year, before the start of the pandemic” said coach Maxi Montiel

Sadly, the impact of Covid-19 in the world of taekwondo, has seen many students give up the sport for fear of the pandemic, although even though there is a need to observe an element of social distancing and the wearing of masks, a number of new members have joined as they need physical activity.”

There will be a selection for the national team in November although it is still unknown as to whether the Spanish and European Championships will go ahead this year.