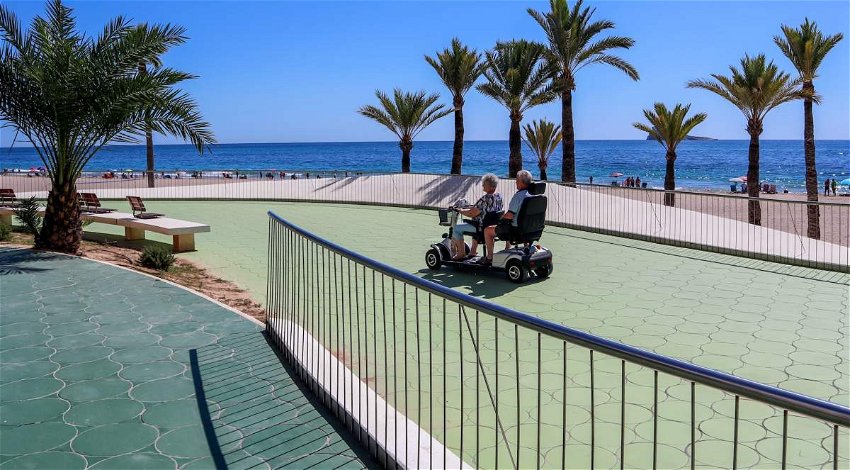 LAST week the Valencia Community’s Covid-19 infection rate of 42 cases for every 100,000 inhabitants was one of the best in Spain.
Only Galicia with 41 per 100,000 cases had better figures and the safeness of the region was tacitly confirmed when Belgium removed Spain from its blacklist. The map on the country’s Foreign Office website that formerly categorised all of the Community’s three provinces as “red for danger” has now coloured them amber.
“This at least is one of the air bridges that we need to reactivate tourism, and especially the tourism that keeps the Costa Blanca and Benidorm ticking over during the winter months,” insider tourist sources said.
It was with winter tourists in mind that Servigroup’s Hotel Venus – closed since last March – recently reopened, rescuing 22 employees from Spain’s ERTE furlough scheme and at present catering mainly for Spanish guests.
The hotel is located in the heart of the Zona Inglesa in the Rincon de Loix that is so popular with British tourists and the hotel chain is hoping that the UK and EU member states will, like Belgium, relax the restrictions that they slapped on Spain just as the summer season got underway.
And more than a few of the Britons who visit Benidorm each winter are beginning to trickle back, many of them maintaining that  they feel safer in Spain than in the UK.
Asked recently why the Valencian Community’s Covid cases were low, Ana Barcelo, who heads the Generalitat’s Health department, told Spanish media interviewers that this was due to the region’s deliberately slow de-escalation process.
“We were very prudent and took longer than other autonomous regions, remaining in the last phase for three weeks,” the Health chief said
But she also admitted that that there could be no absolute return to normality without a Covid-19 vaccine.
In this she was joined by Nuria Montes, secretary general of the Costa Blanca hoteliers’ association, Hosbec.
“Without a vaccine there is little we can do to get back to normal,” Montes said.
“Meanwhile we are having to live with the virus with testing and air bridges, because we have demonstrated that the hotels are safe.”