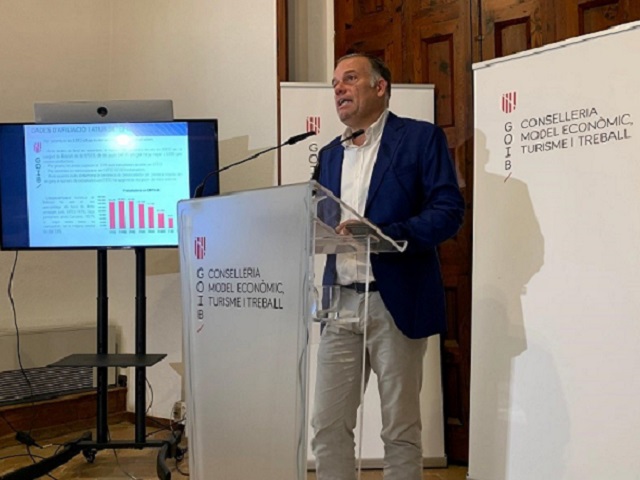 WORKERS going back on furlough in the Balearics in September was due to the drop in tourism activity, according to the regional government.
The administration reported an 18.2 per cent increase in the number of people on the islands on the ERTE temporary suspension of job contracts scheme over the month.
By the beginning of October there were an additional 10,730 workers on furlough in the archipelago, pushing up the total to 69,531.
This is however significantly less than in May, when there were more than 150,000 employees signed up for ERTEs.
In other words, more than 82,000, or 54 per cent, have returned to their jobs, the Balearic regional Economic Model and Activity director Llorenç Pou pointed out.
Of those who are still protected by an ERTE, just over 80 per cent are in Mallorca, 12.5 per cent in Ibiza, 5.8 per cent in Menorca and just 0.5 per cent in Formentera.
Pou said the return to work following the major hit from the Covid-19 health crisis and lockdown was slower in the Balearics than in the rest of Spain.
He commented on the fact that since mid-August tourism on the islands has not continued on the expected road to recovery due largely to the pandemic situation in Spain and elsewhere in Europe, which has had major repercussions for employment.
The director general described ERTEs as “essential” at this time for protecting Balearic workers, and highlighted the recent agreement on the extension of the ERTE initiative until next year.
At the same press conference Pou reported there are currently just over 500,000 workers making Social Security contributions in the Balearics.
This is 2.59 per cent down on August, or 13,258 people less.
The decrease compares with a slight increase of 0.45 per cent at national level.
The inter-annual drop in Social Security affiliation on the archipelago was 13 per cent.
The number of registered jobless on the islands by the end of September was 77,112, a rise of 4.55 per cent on the previous month and a whopping 90.6 per cent more than in September 2019.
Pou attributed the “very high” figures for the month principally to the temporary workers not being taken on due to the paralysis in tourism activity.
Thank you for reading this article “Workers going back on furlough in Balearics in September due to drop in tourism”.
Euro Weekly News is delighted to continue be able to bring you a range of News that doesn’t cost you anything but your internet connection. Whether it’s Local Spanish News or International Entertainment News, we’ve got you covered!
For more Local Spanish News from Mallorca, head over the page on to the Euro Weekly News website.
Euro Weekly News, the people’s paper, we lead others follow!