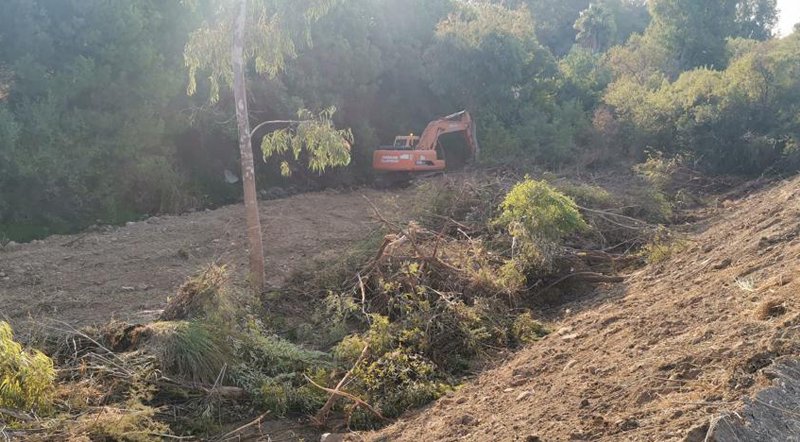 A MALAGA PROVINCE action group, Ecologistas en Accion has drawn attention to what it considers to be the improper destruction of life in the Rio Guadaiza which flows some 21 kilometres from Ronda passing through Benahavis and emptying into the sea between Banus and San Pedro Alcantara.

Theoretically protected by environmental laws, the Junta de Andalucia has given Marbella Council permission to clear the Special Conservation area in order to try to ensure free flowing of water should there be heavy rains.

According to the ecologists however the work being undertaken is not properly thought out or controlled and wide areas of willows in particular are being cut from the side of the river bank using heavy machinery which damages the local area.

It is not just different types of plant life and vegetation that is being damaged they claim, but there is a significant knock-on effect on the fauna of the area which means that a number of species which live on the river bank or rely on the vegetation will be hurt.

The list includes otters, kingfishers, cattle egrets, a number of different protected dragonflies and some species of fish all of which may leave the area due to the long term affects of the work being undertaken now.

According to reports from Ecologistas en Accion, the work has been largely unsupervised except, they claim, for a one hour visit from a San Pedro Councillor and a great deal of rubble has been dislodged from the river banks and lodged into the channel itself.

There is always a difference in views with this type of work as the Council has a responsibility to try to ensure that there is as little flooding as possible in times of heavy rain, but if the river banks and channels are damaged then the area may become more susceptible to escaping torrents.

Earlier this year, it was remarked that during the lockdown it has been very clean and clear, with a number of ducks and turtles spotted at the mouth of the river but things changed in June and worried residents complained that there have been discharges of sewage into the water.