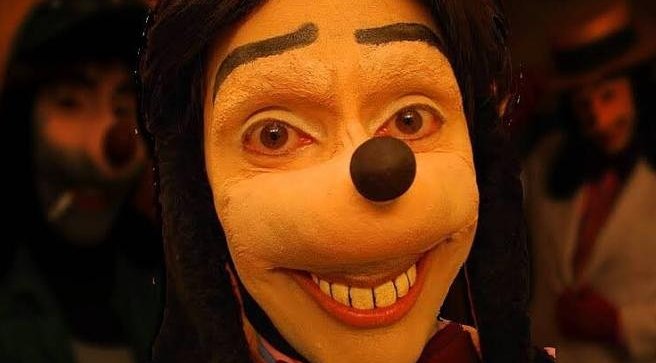 REAL OR HOAX: New viral challenge could be a danger for children. CREDIT: Twitter

Jonathon Galindo is said to be the latest viral challenge which has been accredited to the suicide of a 10-year-old boy in Italy. Are social media companies doing enough to protect their users?

THE Molina Police have taken to their Twitter account to warn people about the “Jonathon Galindo Challenge” which is said to have caused a young 10-year-old boy to commit suicide in Naples, Italy.
Similar “challenges” have been circulating for years with the “Blue Whale Challenge” and the “Momo Challenge” being brought to the publics attention in recent years.
These challenges are said to encourage participants to perform violent attacks, self-harm and suicide.
The “Blue Whale Challenge” was a social network phenomenon dating back to 2016 and apparently existed in several countries.
It reportedly consisted of a series of tasks assigned to participants over a 50-day period, initially innocuous before introducing elements of self-harm and the final challenge requiring the “player” to commit suicide.
Similarly the “Momo Challenge” in 2018 was said to be spread via social media and reportedly enticed children and teenagers, by a user named Momo, to perform a series of dangerous tasks including violent attacks, self-harm and suicide.
The Molina Police posted a warning to their Twitter account after the shocking news of the 10-year-olds death was revealed.
“Do NOT accept the challenges of #JonathanGalindo”
“A friend request arrives in #Tiktok, #Facebook or #Instagram and orders “courage” missions #suicide to minors.”
“One already committed suicide in Naples.”
“Years ago it came up as #BlueBallena and #MomoChallenge.”

According to reports, the little boy from Naples opened the window of his house at night, climbed over the balcony railing and fell into the void after being spurred on by the “challenge”.
The young lad was said to have left a message for his parents “Mum, Dad, I love you but I have to follow the man in the hood.”
The reference to the man in the hood is said to be the disturbing image of “Jonathon Galindo”, a man with a black hood, who looks similar to the Disney character Goofy, who asks for “friendship” via different social networks in order to challenges his “victims”.
Are social media companies doing enough to protect users, especially younger ones, from things such as these suicide, self-harm “challenges”?
Social media can be a positive tool for people to use in order to connect with people, promote their business, have fun and laugh, but it also has a negative side to it and with a increase of users, and more platforms, many people are becoming increasingly addicted to them.
These types of predatory “challenges” also highlight a darker side to social media that is definitely worth people being aware of, especially parents of younger children and teenagers.

It is important for parents to make sure they are aware of their child’s use of these social media platforms and the tragic news of the young boys death, whether it is linked to this challenge or not, does raise the question about age limits for social media and if social media companies are doing enough to protect their users.

Thank you for reading this article “”Jonathon Galindo Challenge” accredited to suicide of 10-year-old boy”.