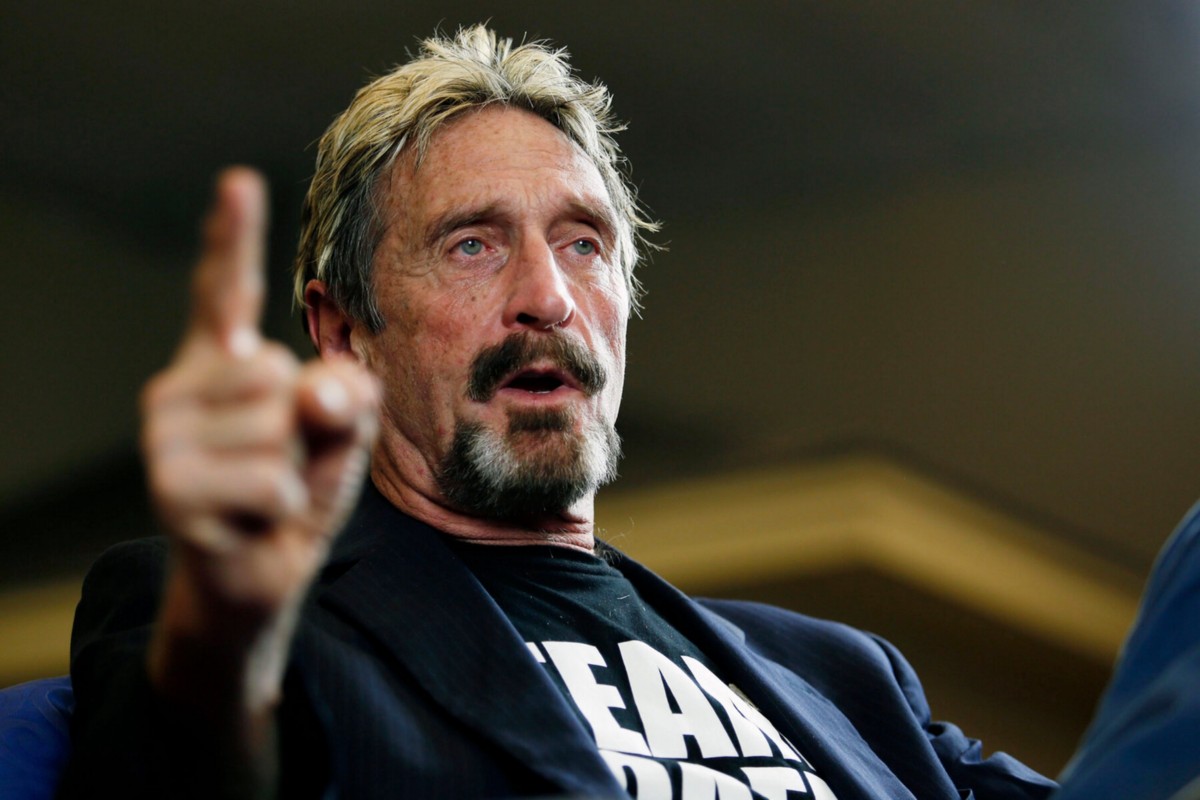 IN an update to our previous report that National Police had arrested the American tycoon John McAfee, creator of the famous homonymous antivirus, in Spain, it can now be revealed that he was detained at the El Prat airport in Barcelona.

McAfee’s arrest took place last Saturday, October 3, when he was getting ready to flee the country with two other people on a flight to Istanbul. Police were searching for him at the time following a charge of fraud.

The sources consulted have explained that in the security area of the international departure area, McAfee, who was carrying a United Kingdom passport, was identified at around 9am.

Once the police bases were consulted, it was discovered he had an Interpol search and arrest report for immediate extradition to the United States for a crime of fraud.

At that time he was detained and on Sunday he was made available to the central investigating court number 5 of the National High Court through the El Prat de Llobregat guard court by videoconference. After taking a statement, the magistrate ordered his admission to preventive detention.

Legal sources indicate that McAfee will remain in detention pending the hearing for his extradition to the United States, which claims him for crimes related to tax evasion. According to the US attorney, he made millions in income promoting cryptocurrencies, consulting jobs, lectures, and selling the rights to his life story for a documentary.

These activities generated considerable income, despite which between 2014 and 2018 he did not file tax returns.

The indictment does not allege that during these years McAfee received income or had any connection with the antivirus company that bears his name.

During those years, the mogul allegedly evaded his tax liability by ordering that his income be paid into bank accounts and cryptocurrency exchange accounts in the name of the nominees.

The indictment further alleges that McAfee attempted to evade the Tax Collection Service (IRS), the US Treasury, by hiding assets, including real estate, a vehicle and a yacht, on behalf of others.

It is not the first time that John McAfee has been arrested. Last year he was arrested in July in a port in the Dominican Republic with several weapons aboard his yacht.

He himself had informed days before his arrest that he was leaving the US because the Central Intelligence Agency (CIA) had tried to arrest him for alleged tax crimes. Finally, the Dominican authorities released him and McAfee travelled to the United Kingdom.

Likewise, in 2012 he was accused of homicide by the Government of Belize, where he had established his residence four years earlier, which made him flee to Guatemala in search of political asylum.

McAfee declared himself “a politically persecuted government of Belize”, whom he accused of “corrupt” and demanding money from him. Finally, the Guatemalan authorities deported him to the neighbouring country, which could not prove the crime with which he was accused.

You may also be interested in reading “Spain’s holiday coast need not worry as loyal fans say they will be back.”