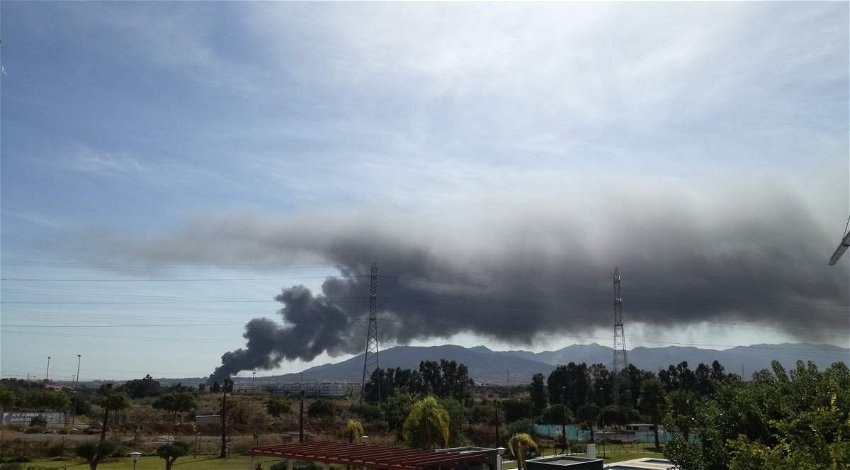 A FIRE in a scrapyard located in the Guadalhorce industrial estate in Malaga has generated a spectacular cloud of black smoke that can be seen from different parts of the city, and that is even towns further out.

Several fire crews from the capital have been deployed in the area to try to douse the flames. Some explosions have also been heard in the area.

As reported by a spokesperson for the Andalucian Emergency 112 service, there have been many people who have called warning of the spectacular fire, warning of the presence of a “very dense and black” smoke.

Specifically, more than 60 calls have been received from individuals, the first of them shortly before 3.20pm on Tuesday.

The firefighters of Malaga, the National and Local Police, as well as the health services, have been immediately notified, although according to the aforementioned sources there is no record of injuries in the event. Likewise, the Infoca Plan operatives have been notified in case their intervention is required.

At the moment, four fire crews are working to control the flames. Apparently, the fire has been generated in a scrapping point in the area of ​​the Azucarera-Intelhorce highway, in which all kinds of scrap accumulate, such as washing machines, motors, batteries, etc.

We hope you enjoyed this article “Guadalhorce fire creates so much smoke it can be spotted from other towns”.
Euro Weekly News is delighted to continue to be able to bring you a range of News that doesn’t cost you anything but your internet connection. Whether it’s Local Spanish News or International Entertainment News, we’ve got you covered!