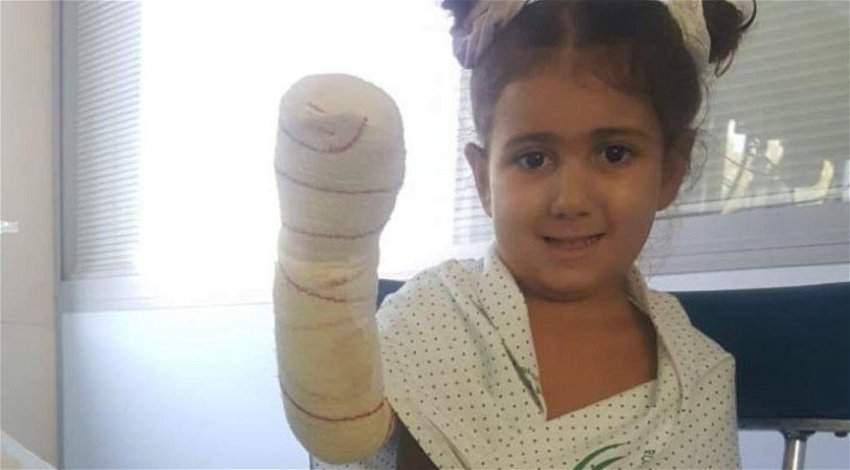 SINCE the story of Carlota, the girl from Vélez-Málaga, whose limbs could be amputated after having suffered sepsis, became public, many have turned to help the family to meet the costs of the operation.
The Asociación de Mujeres `La Yedra´and the Almáchar Town Hall distributed piggy banks in the shops of the municipality to raise money for the treatment and help in their recovery.
As the consistory has published on its Facebook page, in total, they have raised €1,505.53 “thanks to the collaboration of everyone.”
They have already contacted a family member to get the money for their treatment as soon as possible.
In the publication, they sent their best wishes to Carlota “that everything goes great in the operation and in the recovery and that she does not lose her smile.”

At just four years old, Carlota is fighting a great battle. She has been admitted to the Maternal and Child Hospital of Malaga for 40 days, where she arrived in serious condition on August 4, after being diagnosed with sepsis, an infection in the blood caused by a bacteria that paralysed her organs.

“They told us that she would completely lose her right hand and her left foot, her right foot up to the heel and that in principle she would lose her fingers with her left hand,” says Jairo García, the father of the little girl.

Given this, Jairo and Marina, Carlota’s parents sought a second opinion trying to “exhaust all possible resources” and have contacted a private clinic in Valencia, where the famous doctor Pedro Cavadas has given them hope that it is possible to recover three of all four limbs damaged.

For this reason, the minor’s parents have asked for help through social networks and have opened a Facebook page, ‘Ayuda para Carlota‘ to raise funds for the transfer and subsequent intervention in the private clinic in Valencia.

Various artists in Axarquía have wanted to get involved in helping Carlota, the four-year-old girl who needs to be operated on so that her limbs can be reconstructed after suffering from sepsis.
They have launched the initiative “Artistas por Carlota” through social networks. Each of them is uploading an image of their work, with the characteristics and the price for which they want to sell it. Therefore, those interested in acquiring them can make their contribution.
We hope you enjoyed this article “Community rallies to help family of four year old Carlota with operation costs”.
Euro Weekly News is delighted to continue to be able to bring you a range of News that doesn’t cost you anything but your internet connection. Whether it’s Local Spanish News or International Entertainment News, we’ve got you covered!

Share your story with us by emailing [email protected]com, by calling +34 951 38 61 61 or by messaging our Facebook page www.facebook.com/EuroWeeklyNews