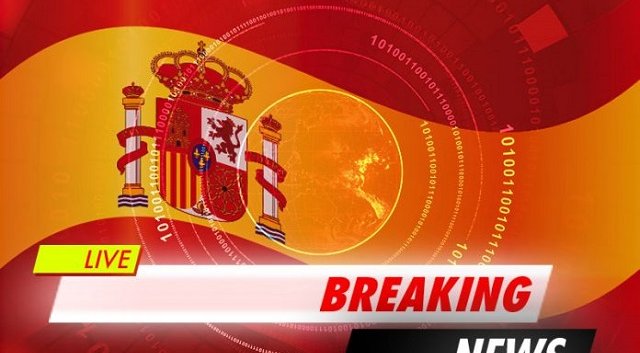 SPAIN’S Ministry of Health has added 12,423 new cases of coronavirus in this Thursday’s update, of which 5,585 positives have been registered in the last 24 hours.

In total, there are already 848,324 people who have been infected with the virus since the health crisis began in Spain.

The health authorities also register 126 deaths with COVID-19 new deaths, 421 notified in the last week. There are already 32,688 people who have died with COVID-19 in the national territory. Spain has become the third country with the most deaths from the virus this Wednesday, only behind Italy (36,061) and the United Kingdom (32,463), according to data from Johns Hopkins University.

With an average of 100 deaths per day in the last fortnight, this month of September has been the month with the highest mortality in the entire democracy, with 3,000 deaths above the average according to the records of the Daily Mortality Surveillance System (MoMo) of the Carlos III Health Institute. However, the lethality of the virus has fallen significantly compared to the worst moment of the epidemic: from 12 per cent in spring it has gone to 3.9 per cent.

This same Thursday, Justice has reversed the measures to try to stop the virus that the Ministry of Health had announced. The Superior Court of Justice of Madrid (TSJM) has overturned the perimeter confinement of the ten municipalities of the Community of Madrid, including the capital. Despite this revocation, the restrictions on hours and capacity in hotel establishments and the limitation of a maximum of six people for meetings are still in force.

Given the new situation, the president of the Community of Madrid, Isabel Díaz Ayuso, has communicated that tomorrow Friday they will report on the new measures for the region, although she has asked Madrilenians not to leave the bridge, informs Fátima Caballero. Ayuso has asked the central government for “help” to jointly agree on “sensible and fair” standards.

The President of the Government, Pedro Sánchez, has declared that they will put on the table “all the tools and instruments” to alleviate the virus, among which he has not ruled out a possible application of the state of alarm in the Community of Madrid. Although, as he has explained, they will seek to agree on the new restrictions with the regional government.