Ministry of Health in Spain reports 241 new deaths and 12,788 infections 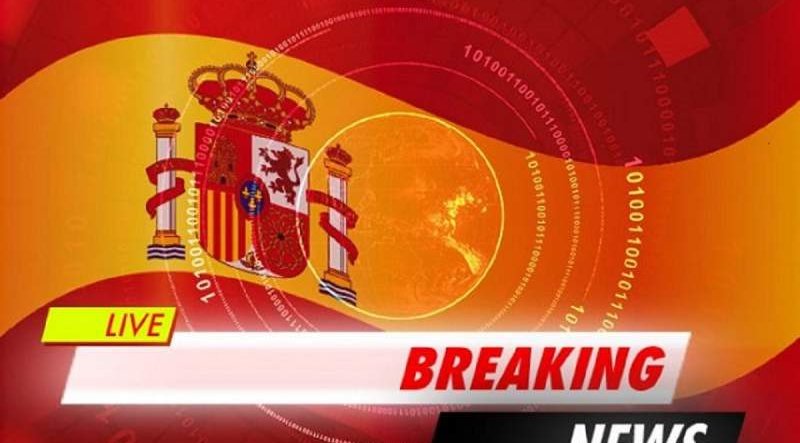 SPAIN’S Ministry of Health has notified 12,788 new cases of coronavirus, 5,986 in the last 24 hours, according to the last update of the week.

Madrid and 8 other cities close again and you cannot leave the bridge: the measures that come into force with the state of alarm

42 per cent of the deaths reported in the last balance are from the Community of Madrid, which reports 102 new deaths with the virus.

On Wednesday and Thursday, the region reported six and three deaths, respectively, while on Tuesday it had notified 126.

Aragon also reports a significant number of deaths compared to the previous days: it reports 58, when throughout the week it had reported between zero and one. They are followed by Castilla y León (20), Andalucía (14), Castilla La-Mancha (10) and Catalunya (10). The rest of the communities keep the number of new deaths below five.

Regarding the number of new infections, although Madrid continues to be the region that reports the most infections –2,995 in the last update–, several autonomous communities experience an increase in the number of positives and four of them exceed 1,000 new infections.

This is the case of Catalonia, where the health authorities have shown their concern at the increasing incidence of infections in the last week. According to the latest Health Balance, Catalonia has registered 2,200 new positives.

The Department of Health has already warned that this trend may continue in the coming days, but they trust they can contain the curve without applying more restrictive measures.

Andalucia registers 2,064 new infections, while Castilla y León has reported 1,009, a figure higher than in the last three days, when it was below 800. Aragón also experiences a notable rise, reporting 726 positives, when in recent days the figures did not exceed 500.

The health authorities have registered 1,303 new admissions for COVID-19 in the last 24 hours, while in this same period 1,165 have been discharged.

Madrid is also the region with the highest number of hospital occupancies (20.61 per cent) and ICU (39.33 per cent), while, with 18.2 per cent in the positivity rate, it is only surpassed by the Autonomous City from Melilla (23.3 per cent).

The Government has decreed the state of alarm in the Community of Madrid, which allows closing the capital and eight other cities in the region after the Superior Court of Justice of Madrid (TSJM) overturned the previous order of the Ministry for a formal defect. After the disagreements with the Government of Isabel Díaz Ayuso and by not reaching an agreement between both parties, the Executive has decided to undertake this measure whose validity has begun with the publication of the BOE, around 5pm on this Friday.

The restrictions will be the same that were already in force before the resolution of the TSJM, although in its decision, the Government of Pedro Sánchez has excluded Alcalá de Henares, which has managed to reduce the cumulative incidence below 500 cases for each 100,000 inhabitants. The confinement will therefore apply to Alcorcón, Fuenlabrada, Parla, Alcobendas, Torrejón de Ardoz, Madrid, Getafe, Leganés and Móstoles.

Despite the fact that the Justice had revoked the closure of Madrid, both the Superior Court of Justice of Castilla y León and the Superior Court of Justice of Andalusia have endorsed this Friday the confinement of León, Palencia and the Leon municipality of San Andrés del Rabanedo, and the municipalities of Almodóvar del Río (Córdoba) and Casariche (Seville), respectively. The main difference is found in the laws in which each administration has relied on to request the ratification of the measures.