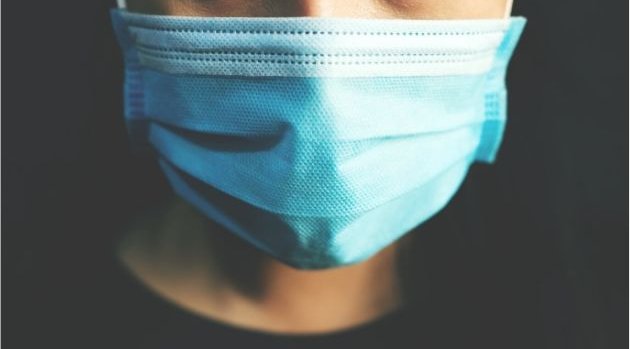 THE use of face masks has become one of the basic pillars in the fight against Covid. This preventive measure, whose effectiveness as a barrier against the virus is supported by dozens of scientific investigations, could also have an important added value.

Face masks could also produce immunity and reduce the severity of the disease, limiting the number of viral particles that reach its carrier and thus guaranteeing a higher proportion of asymptomatic infections.

This is the main hypothesis of an article published in The New England Journal of Medicine, whose authors are Monica Gandhi and George W. Rutherford, scientists at the University of California at San Francisco.

In reality, the idea is not new, since it is based on an ancient concept: variolation, a prophylaxis technique used in China since ancient times, which was later introduced into Western medicine and is considered a precursor to vaccines.

Used to protect against smallpox, it basically consisted of taking a sample of the smallpox pustule of a child and inoculating it to other healthy minors, with the idea that when the virus infected them, they would pass a milder disease and be protected.

The study authors argue that the use of face masks could become a form of variolation capable of generating immunity and, therefore, of slow the spread of the virus while vaccines for COVID-19 arrive.

“Any public health measure that can increase the proportion of asymptomatic SARS-CoV-2 infections can make the infection less deadly and increase the immunity of the entire population without serious illnesses or deaths,” the scientific article highlights.

Recent virological, epidemiological and ecological data point to this hypothesis that face masks, in addition to contributing decisively to the control of the pandemic, would also be capable of reducing the severity of the disease in people who become infected.

A possibility that would be supported by the usual mechanisms of viral pathogenesis, in which the severity of the disease is usually proportional to the virus inoculum received. In other words: the smaller the initial amount of virus, the milder the clinical picture that the infected person develops.

“The concept is very similar to that of vaccines: presenting the minimum possible dose to the immune system so that it does not cause disease but recognizes it as foreign and produces an immune response,”  Carmen Cámara, secretary of the  Spanish Society of Immunology (SEI)  and immunologist from Hospital La Paz; because “in this case, what the mask does is that the minimum possible amount of live virus reaches you”.

“It is still a paper and it has yet to be proven, but it is a very plausible hypothesis. The fact that the first time you face the virus is with the minimum amount possible could have the effect of a higher percentage of asymptomatic patients, -he continues detailing-, since by wearing the masks, we are making the initial inoculum an amount small, and would produce immunity being asymptomatic. This could explain why the number of asymptomatic patients has skyrocketed since the use of the mask has become generalized among the population, as highlighted in the scientific article. ”

The Centres for Disease Control and Prevention (CDC) of the USA. The US has estimated that the typical rate of asymptomatic infection with SARS-CoV-2 was 40 per cent in mid-July, a percentage that in September exceeded 80 per cent, coinciding with the generalization of the use of the mask in the country, which would provide observational evidence of this hypothesis.

The authors of the paper highlight that when it comes to infections in which the immune response plays a predominant role in viral pathogenesis, as is the case of SARS-CoV-2, high doses of viral inoculum can overwhelm innate immune defences, increasing the severity of the disease.

As proof that viral inoculums influence disease manifestation, Gandhi and Rutherford experimented with mice and found that higher doses of the virus administered led to more severe manifestations of COVID-19.

Another example that his work raises is that of an Argentine cruise ship in which there was an outbreak of COVID-19. From that moment, without being able to disembark, the passengers began to use surgical face masks, while the crew members used N95 face masks. Studies afterwards showed that the asymptomatic infection rate was 81 per cent, compared with 20 per cent in previous outbreaks of cruise ships in which no face masks were used.

It also refers to the cases of two outbreaks that occurred during the summer in US food processing plants.., where all the workers wore face masks. The proportion of asymptomatic infections among the more than 500 people who were infected was 95 per cent, although an important factor should be taken into account here: in these cases, age – all relatively young, of working age – is an important factor that contributes to this asymptomatic manifestation of the disease.

A measure of protection for yourself and others

“At first we all got confused, the WHO and many scientific societies,” confesses  Carmen Cámara, because “it was only recommended that those infected, people with symptoms, wear a mask. We think of the mask only as a measure to avoid contagion to the rest”. Although that idea has changed in the face of new evidence: “Right now, since we have all started wearing a mask, what we are seeing is that there is not only that protection from not infecting, but the people who wear them get infected less and less “.

The authors of the scientific article warn that in order to test the hypothesis of variolation, more studies are still needed to compare the rate of asymptomatic infection in areas with widespread use of the face masks and others where it is not, apart from more specific immunological studies, in which aspects such as T cells are taken into account.

“Ultimately, the fight against the pandemic will involve reducing both transmission rates and the severity of the disease. Increasing evidence suggests that the use of the mask by of the entire population could contribute to both objectives “, conclude the scientists of the University of California in San Francisco.

We hope you enjoyed this article “New article published in Journal of Medicine claims face masks act as a vaccine.”

You may also wish to read “Two-year mask-wearing marathon expected by Spanish virologist.”