The Alicante-Elche Airport could be set for a name change 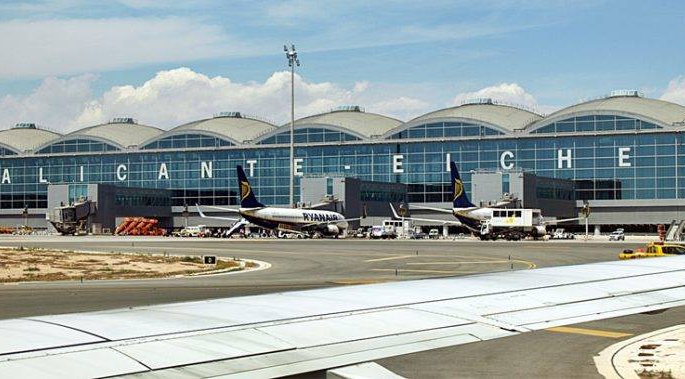 THE Alicante-Elche Airport could be set for a name change as residents of Alicante, Elche, and everywhere in between, have begun the process of collecting signatures in order to change the name.

Organisers behind the proposed plan want to change the name to the Miguel Hernández Airport to commemorate and highlight the famous Oriolano poet, with the first phase of their plan already launched as they look to praise the writer and bring new recognition to the poets’ work.
One of the organisers, Julio Ríos said: “In the United States there are airports named after famous people, so we believe that it is an opportunity to give rise to the poet and to represent the entire province.”
Miguel Hernández was a 20th-century poet and playwright who died of tuberculosis in 1942, aged 31, after being imprisoned due to his active participation on the Republican side of the civil war.
Having escaped the death-penalty, his last book, Cancionero y Romancero de Ausencias, was published after his death, and this collection of the poems written in prison, some on pieces of toilet paper and others preserved in letters to his wife, is considered one of the finest pieces of Spanish poetry of the 20th century.
The organisers have been collecting signatures through WhatsApp and their objective is to turn the petition into a major resident movement, and in order to reach the largest possible number of groups, they are hoping to make a significant impact across social networks, with the aim of highlighting the poets’ legacy.
The signatures will be presented at the Government Sub-delegation.
It is not the first time that the poet has been proposed for the name of the airport.
In 2013, which is the last time the airport changed its name, Miguel Hernández was added to a list of potential rebranding ideas, although it was eventually rejected, with “Elche” being awarded the acknowledgement with signage adapted to incorporate Elche on them.
Nowadays, only the acronym ALC continues to appear on tickets and flight information, in reference to Alicante.
The proposal in 2013 was for Hernández to be the only name of the airport, however, this time the organisers of this petition are proposing both; either expand on the current name or change it completely.
Thank you for reading this article “The Alicante-Elche Airport could be set for a name change”.
Euro Weekly News is delighted to continue be able to bring you a range of News that doesn’t cost you anything but your internet connection. Whether it’s Local Spanish News or International Entertainment News, we’ve got you covered!