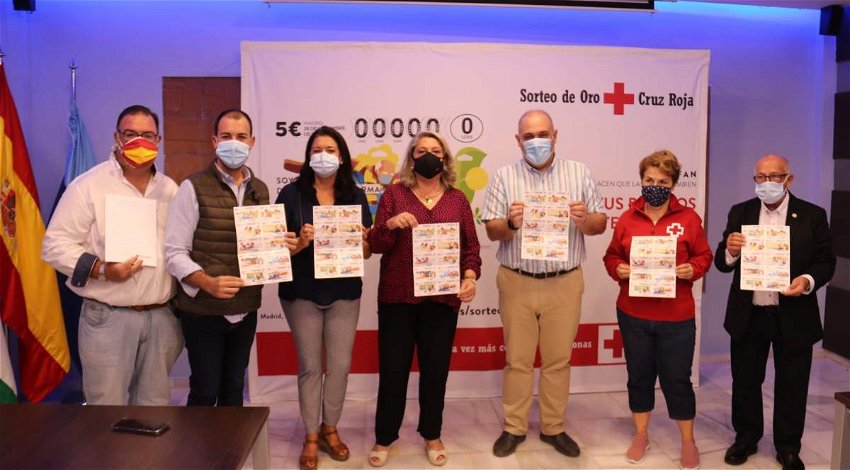 AS most people know, the Spanish love to buy lottery tickets and are also proud of the towns where they live and apart from the State lotteries and ONCE which are probably the best known, other charities including the Red Cross also sell their own tickets.
For the next Red Cross Golden Draw, someone in the charity has been very alert and has taken the post code for the town of Almuñecar and placed it on the lottery ticket sold throughout the municipality.
This has caused quite a stir and the town council even made a formal announcement presented by mayor, Trinidad Herrera alongside the vice-president of the Red Cross in Granada, Francisco Pérez Cardona.
The mayor explained how important the relationship with the Red Cross was particularly in these difficult post lockdown times where there were many residents affected by financial difficulties and who continued to need help.
Referring to the ticket which bears the number 18690 she said “Let us all bear in mind that when we buy a tenth, in this case the Golden Draw, we are not just playing the lottery and trying to make our luck, but we are helping people who really need it” before wishing everyone good luck if they purchased a ticket.
In response Francisco Pérez Cardona said, “The Red Cross has not stopped working, it has had to redouble its efforts and put all its resources into trying to reach everyone, not only the people it had already been attending to, but to go further and attend to other types of groups.
“This is a complicated year, it is a very special year and this pandemic is taking away many things from us, it has taken away from all of us, some more from others less, but let’s not let it take away the solidarity from any of us.”
You don’t have to live in the municipality to purchase this particular number.