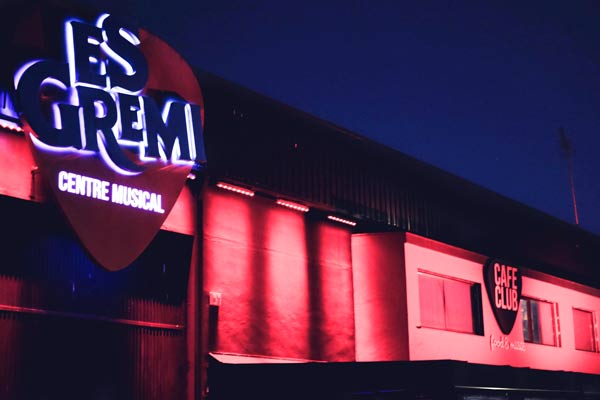 Fire extinguished
PALMA’S most famous music hall, Es Gremi caught fire last Sunday due to a fault in a fuse box and thanks to an alarm systems and emergency calls by passers-by, the fire brigade was called out and there was little damage.
Face masks
THERE are reports that the Balearic Government intends to review regulations concerning the labelling of face masks to ensure that consumers are fully aware of the effectiveness and whether they can be re-used. Some facilities are already refusing access to those wearing cloth masks.
Deadly accident
AN ambulance was called after police discovered that a man riding a moped had come off the road between Magaluf and Santa Ponsa and officers immediately administered first aid but as he was taken to hospital, he had a fatal heart attack.
Tourist accommodation
FIGURES issued by the Balearics Statistics Institute demonstrate that whilst hotels had a terrible July and August, private accommodation, whilst down on the previous year, was still far more than successful and got stronger in August.
Away victory
IT has been a good start to the season for Real Mallorca who play in the Spanish Second Division as having won two home matches on the trot, they travelled to Lugo in Galicia where they secured their first away victory, winning 1-0.
German flights
BETTER late than never, as travel company TUI is now bringing a small number of German holiday makers over to Mallorca as flights to Palma are being restarted so at least there is a chance for some extra business for hotels.
Grave decision
A DECISION has been made that any mourners who wish to visit relatives’ graves in Palma on All Saints Day will have to register their wishes in advance in order to ensure that there is no overcrowding at cemeteries.
Demonstration
FOLLOWING in the footsteps of the Vox political party on mainland Spain, conservative association Foro Balear organised a car and motorbike parade on the Día de la Hispanidad which travelled through the streets of Palma to complain about the activities of the Spanish Government
Fruit fly
SO worried is the Balearic Government by the increasing problem of damage by the Mediterranean fruit fly that first appeared in 2004, it is spending €146,000 to give 10,000 traps to growers of oranges and other fruits on Mallorca.
Thank you for taking the time to read this news article “News in Brief from Mallorca”. For more UK daily news, Spanish daily news and Global news stories, visit the Euro Weekly News home page.
Euro Weekly News is delighted to continue be able to bring you a range of News from around Spain in English and Global News live as it happens.
Euro Weekly News doesn’t cost you anything but your internet connection. Whether it’s bringing you the local Spanish news or the International news today, we’ve got you covered!
Euro Weekly News, the leading free local and national newspaper in Spain, the people’s paper, we lead others follow!